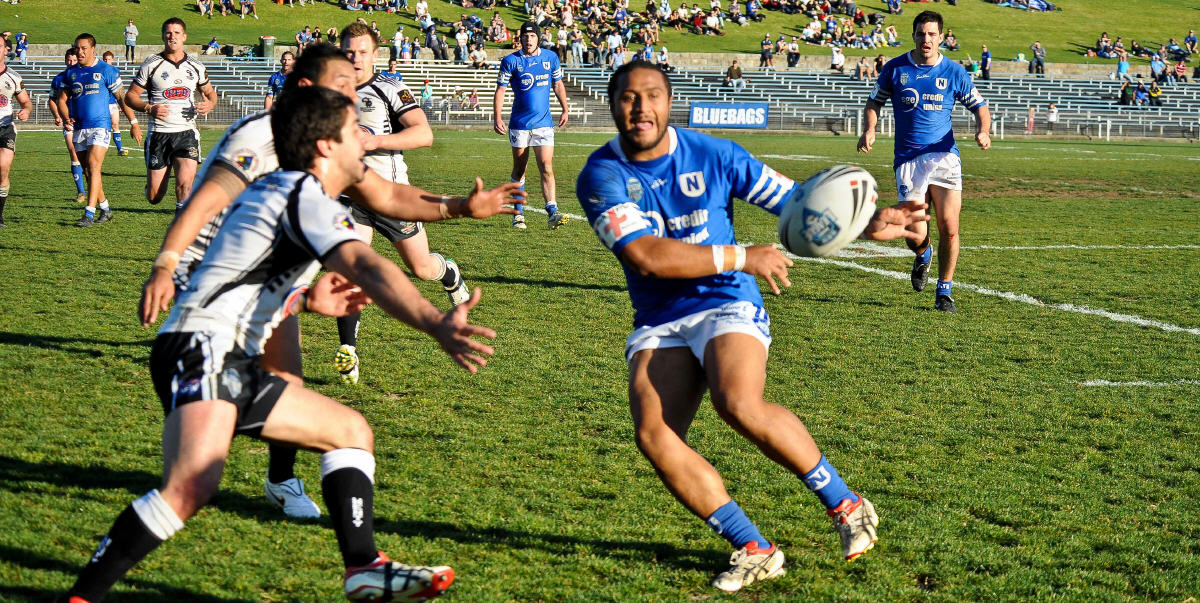 Tu’u Maori fires out a pass in a match between the Newtown Jets and Wentworthville at Henson Park in 2010. (Gary Sutherland Photography)

The Newtown RLFC is saddened to announce the recent passing of Tu’u Maori, who played with the club in 2009 and 2010.

He has died at the age of 33 after suffering from a long-term illness, and he leaves behind a wife and young family.

Tu’u played with the Sydney Roosters National Youth Competition (Under 20s) team in 2008, and represented Papua-New Guinea in the 2008 Rugby League World Cup and in the 2009 Pacific Cup Championship.

He served Newtown very well in his two seasons with the club during which he played as a flamboyant and robust centre and winger.

Following his stint with Newtown, Tu’u played with the Cronulla Sharks, the Melbourne Storm and then for several seasons with the Ipswich Jets in the Queensland Cup system.

The Newtown RLFC extends sincere condolences to the family and many friends of Tu’u Maori on the sad occasion of his passing.