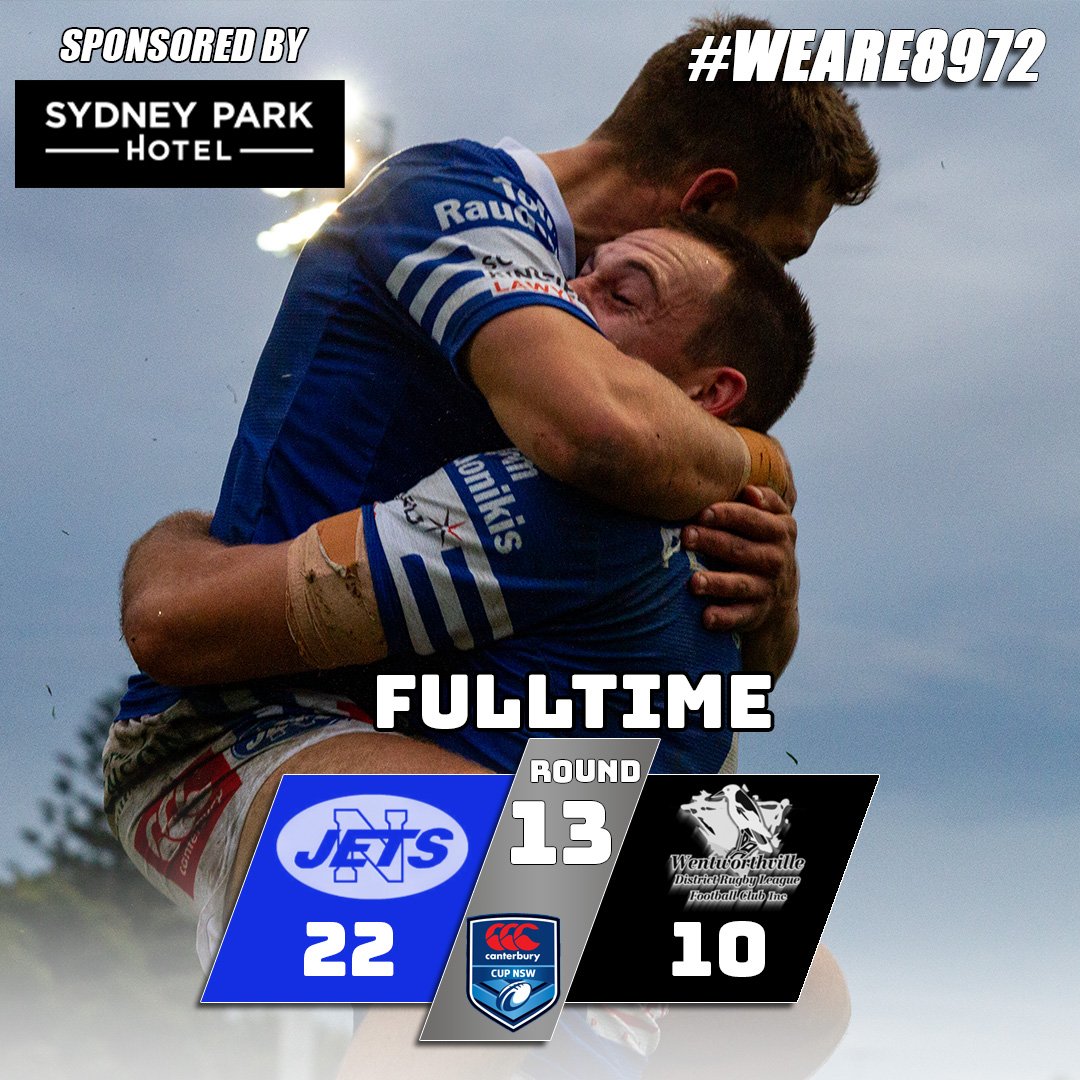 Virtually to the day eight years ago the Newtown Jets went into a match at Henson Park against Wentworthville as complete underdogs and emerged triumphant. Yesterday at Henson Park the Jets came up against a Wentworthville team fielding no fewer than eight players with recent NRL experience with Parramatta – but once again defied the odds with a dramatic and memorable 22-10 victory. (To be fair to the rugby league tipsters, Jamie Soward in his nswrl.com column on Friday nominated Newtown to win by a point!)

Wentworthville opened the scoring with an unconverted try in the ninth minute but the Jets had much the better of the second quarter of the game, with tries to Luke Polselli (20th minute), Ronaldo Mulitalo (29th) and Will Kennedy (35th). Braydon Trindall converted two of these tries for Newtown to head into the sheds at halftime with an unexpected 16-4 lead.

Wenty came out firing early in the second half and scored a converted try in the 44th minute, even though the pro-Newtown crowd challenged the referee’s ruling. The Jets showed great defensive resilience for the remainder of the second half as they maintained their 16-10 lead. The Newtown boys thrilled the crowd with a superb try to Matt Evans in the 77th minute that sealed the result and put the Jets into the Canterbury Cup top eight for the first time this season.