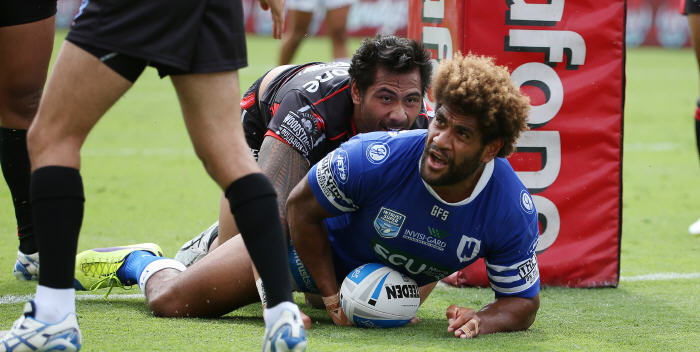 It looks like Junior Roqica has scored a try for the Newtown Jets at Mt Smart Stadium on Sunday, but unfortunately the referee ruled otherwise. Photo: Photosport NZ.

Match timeline:
Newtown kicks off, Warriors defending the southern end of the stadium.

21st minute: Junior Roqica denied a try for obstruction. Warriors get out of trouble with two penalties.

22nd minute: Junior Roqica wins the ball back with a strip.

31st minute: Jets survive two sets of six on their own line.

55th minute: Ata Hingano grubber kicks into the in-goal, try scored by Ali Lauititi 15 metres in from the east side touchline. Not converted.
Newtown leads 18-14.

Warriors defend this lead for the rest of the match.

Other Intrust Super Premiership NSW results from Round Three: 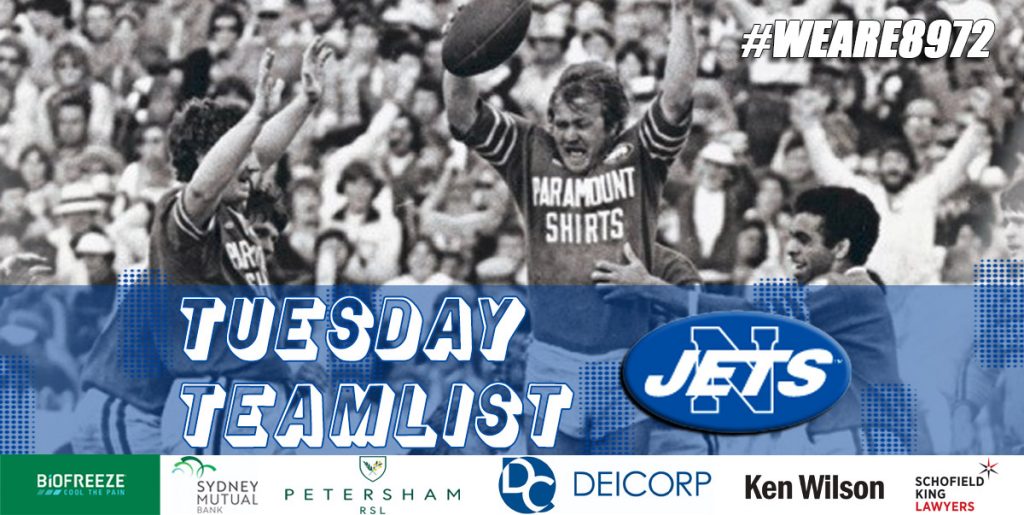 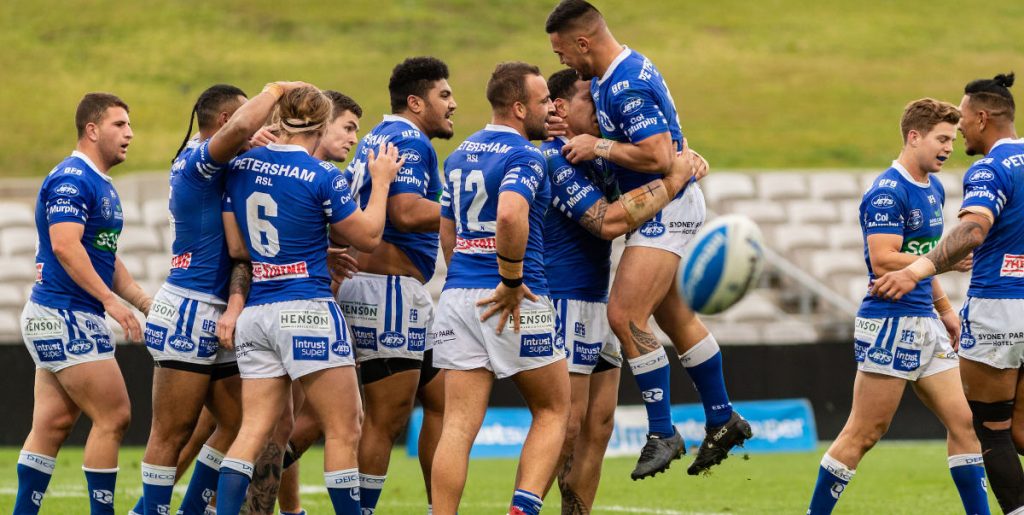