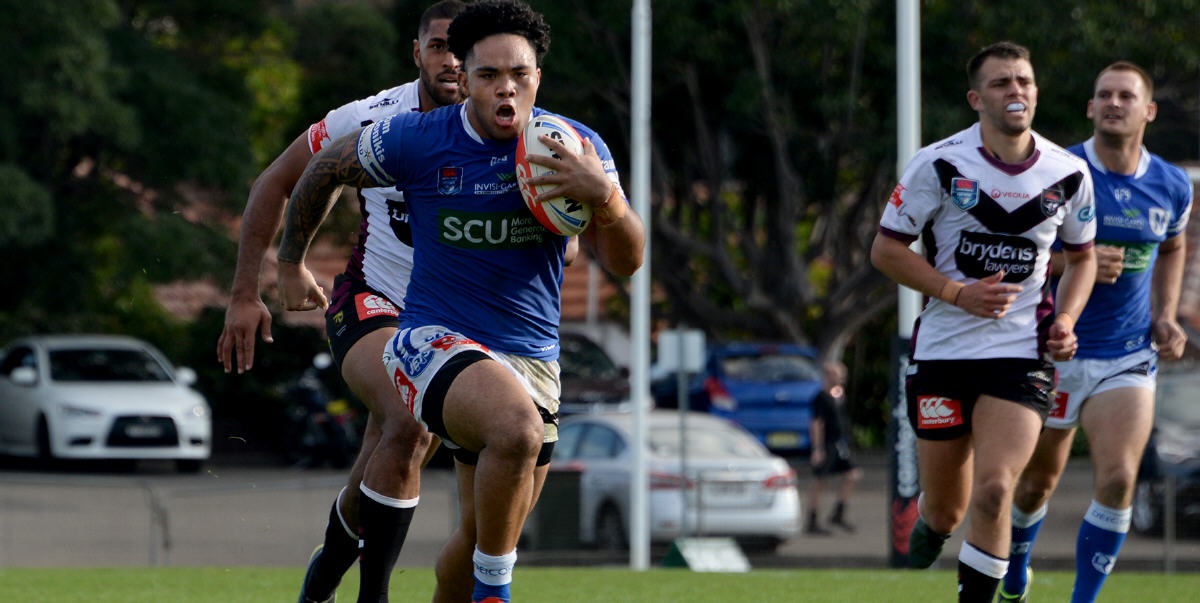 Welcome to another round of the Newtown Jets Virtual Season 2020.

We continue with our “Amco Cup retro-style” Wednesday night presentations of a match selected from Newtown’s past.

This Wednesday, 15th July, the Jets are back at Henson Park to bring you a match against Blacktown Workers Sea Eagles (Manly-Warringah’s partnership club) that was actually played on Sunday, 19th May 2019 as part of the NSWRL’s Magic Round promotion (whereby triple-headers of Canterbury Cup fixtures were played at selected venues).

Remember that the Jets began 2019 with some fairly ordinary performances and they headed into this tenth Round game with two wins, six losses and a bye. Their opponents were also close to the bottom of the table, so both club’s seasons hung in the balance going into this game.

Tune in tonight at 8.00pm, 15th July to Jets TV: www.newtownjets.com or to www.facebook.com/newtownrlfc. You can also follow this game on www.twitter.com/newtownrlfc to keep up with the contemporary analysis of this match.

Thanks to Biofreeze, the Newtown Jets have named this team for tonight’s match. Thank you also to our 2020 players’ sponsors who are listed in brackets:

Please keep spreading the word and encouraging people to join the Keep the Jets Flying Campaign.

For an outlay of $100.00, you will be given access to Jets memorabilia that will last you a lifetime. It will enable you to relive time and again what was one of the greatest year’s in this club’s history – the truly remarkable 2019 season.

You can relive the majestic glories of last season when you JOIN HERE .

Newtown’s partnership club Glebe-Burwood Wolves (also well known as the Glebe Dirty Reds) is participating in the NSWRL President’s Cup competition which kicks off this weekend.

The famous Glebe Dirty Reds have a bye this weekend in the opening round of this nine-team competition, and they are listed for two home games at Henson Park.

Their Henson Park home games to date are:

It is anticipated that the Grand Final of the 2020 NSWRL President’s Cup is to be played at Henson Park on Saturday, 26th September.

The winner of last week’s members’ badge draw was Joe Franco, member number 1406. Joe has won a signed copy of Taking It To The Streets – The Second Life of the Newtown RLFC by Glen Dwyer, along with a copy of club historian Terry Williams’ Through Blue Eyes – A Pictorial History of Newtown RLFC, a Newtown Jets cap and two Jets stubby holders.