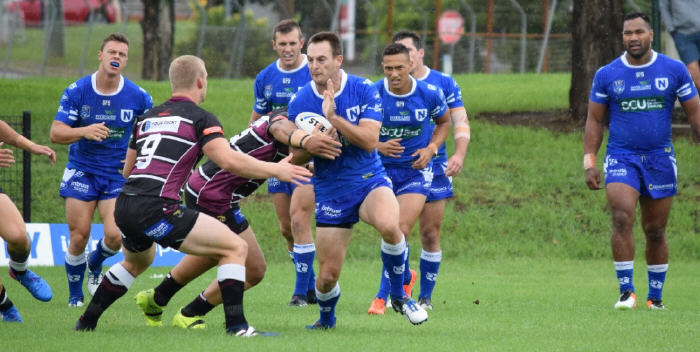 A tough assignment for the Jets this Saturday against the Canberra Raiders allies, Mounties

This match is being broadcast live on Steele Sports: www.steelesports.com.au

A new feature on the NSWRL website – interviews with the ISP NSW coaches, with Newtown’s Greg Matterson being the first cab off the rank:  http://www.nswrl.com.au/news/2017/03/09/coaches_corner_greg_.html

More from the NSWRL website, with Matty Buxton and Simon Masterton presenting a full Wrap on round one of the ISP NSW 2017:  http://www.nswrl.com.au/news/2017/03/09/the_wrap_round_1.html

Gary Sutherland’s photos from last Sunday, including head-shots of 14 of the 17 Jets players:  http://www.pbase.com/gsphotography/newtown_vs_blacktown_050317&page=all

There was plenty of coverage of the Jets-Sea Eagles match in this week’s Rugby League Week (Thursday, 9th March) on pages 6,11 and 45. RLW has been a great ally of the Jets over the years and the magazine’s impending closure is a big blow to the coverage of our game.

The 2017 Intrust Super Premiership NSW competition is now underway, in what is Newtown’s 110th season in rugby league football. There’s no better way you can prove your support for the oldest club in Australian rugby league than by taking out a 2017 membership package. There are membership deals on offer to suit all personal circumstances and budgets. Check out this link for all the relevant information:  http://www.newtownjets.com/jets-membership-2017/