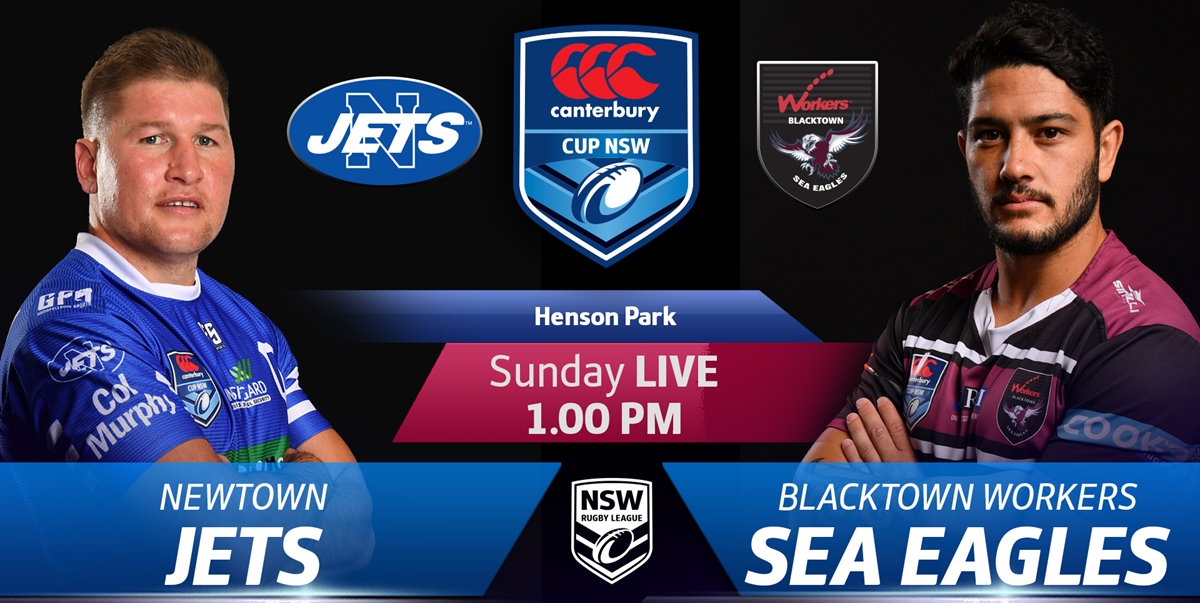 Amidst a veritable cornucopia of rugby league football on Sunday, this is another vital match for the Newtown Jets.

Newtown’s 10th round encounter against Manly-Warringah’s partnership club, Blacktown Workers Sea Eagles, is a critical game for the Jets as they strive to continue to ascend the competition table. Newtown is in 11th place on 6 points while the Sea Eagles are in 12th place on 5 points. Newtown’s impressive win and good form in their last start win against South Sydney won’t count for much as they come up against the Blacktown Workers club playing for their season.

The full day’s program for the Magic Weekend Triple Header is as follows: –

Newtown’s team for Sunday (as per Thursday’s Big League magazine):

Radio: Steele Sports.
If you can’t make it to Henson Park or won’t be near a television, Alby and the team from Steele Sports will be calling all the action from 12.30pm. To listen, click on the Jets Radio Live Stream play button on the home page of www.newtownjets.com

The Newtown RLFC extends best wishes to Anthony Moraitis who has announced his retirement from rugby league. The club congratulates Anthony who reached the benchmark of 50 games with the Newtown RLFC earlier this season, and also wishes him well for the future.

The club also extends congratulations to hard-working Jets forward Jimmy Jolliffe who reaches 50 games with the Newtown RLFC in this Sunday’s game against Blacktown Workers.