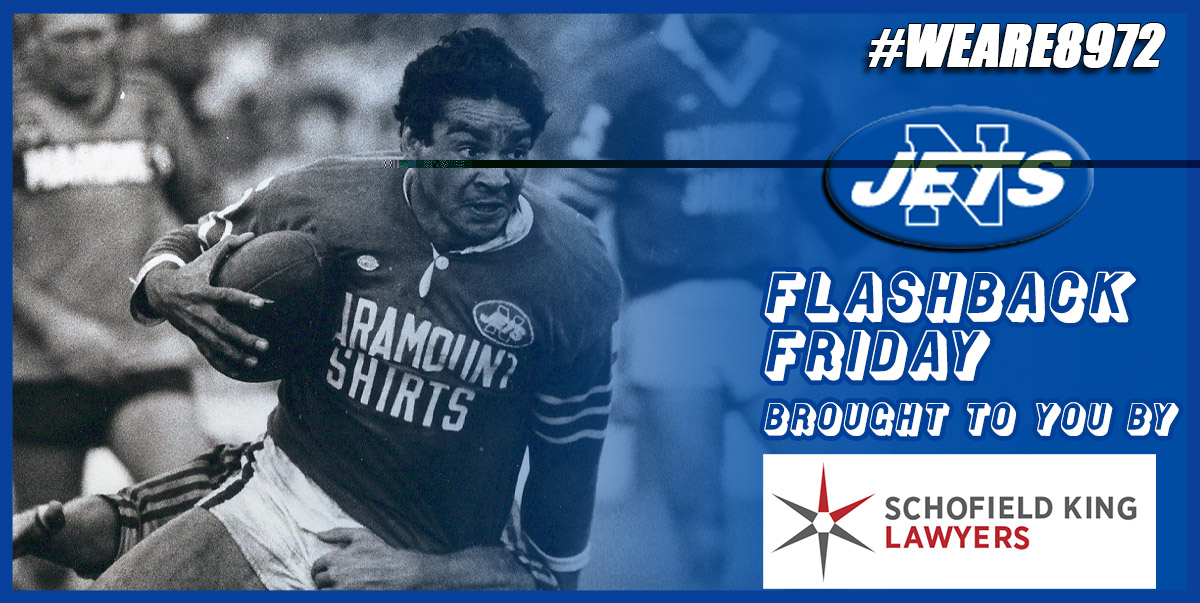 Everyone knows that Newtown faced Parramatta in the 1981 Grand Final, but did you realise that we also faced the Eels in our opening finals encounter that season?

After coming second in the minor premiership, Newtown faced the third-placed Eels in the Major Preliminary Final at the Sydney Cricket Ground. Parramatta had pumped the Jets in our round one encounter 33-9 at Cumberland, but the Jets squared the ledger in the return match with a 14-9 win at Henson.

The Major Preliminary Final was Newtown’s first taste of September football in eight years, and they were on the attack almost immediately, when Phil Sigsworth made a break from the kick-off. In fact, the Jets almost scored off their first set with Brian Hetherington denied what appeared to be a fair try after winning the race to a Sigsworth bomb.

Newtown soon saw another chance evaporate before their eyes when Steve Ella managed to knock down a Sigsworth pass after the dashing fullback had created a three-on-one overlap down a narrow blind side. The Jets finally got on the scoreboard in the 17th minute when Phil Gould nailed a long range penalty goal

This lead was extended to 5-0 when Hetherington, Sigsworth and Gould combined to put Ray Blacklock in for the opening try. Parramatta struck back almost immediately when Steve Ella set up a try for Peter Sterling with a delicious side step. Cronin converted from in-front and at half-time the scores were locked at 5-all.

The second half didn’t get off to the best start for Newtown when Graeme Atkins scored after the Eels regathered a Sterling grubber that had ricocheted off Gould’s boot. Cronin was successful with the sideline conversion and suddenly the Jets were down 10-5.

Following this try, coach Warren Ryan made a significant tactical decision, replacing halfback Tommy Raudonikis with Ken Wilson. This was particularly surprising considering there were still 20 minutes left to play.

Down but not out, the Jets returned serve in the 68th minute with a magical long range try. After receiving the ball inside his 22, Hetherington evaded Parramatta’s Paul Younane and raced down a narrow blindside before linking up with a flying Blacklock. The dashing winger then sprinted 20 metres before switching it to Sigsworth, who tiptoed 40 metres down the sideline before passing it inside to Mick Ryan who touched down adjacent to the right upright.

With the Jets down 10-8, Wilson stepped up to take a relatively straight forward conversion attempt that would level the scores with just 10 minutes to play. Unfortunately, the usually reliable kicker sprayed the attempt to the left of the posts.

That would be all she wrote for the Jets. However, they were controversially denied a penalty within kicking range, when referee John Goucher waved play-on despite what looked like a blatant illegal ball steal in a tackle on Graeme O’Grady.

“I’m proud of what the boys did today,” Ryan told Rugby League Week after the match.

“They vindicated our place in the semi-finals . . . they showed we deserved to be here.”

As for Wilson, he vowed not to miss another sitter.

“I’m bloody sure it won’t happen again,” he said.

“It’s over. I’m professional enough to know you can’t dwell on such things.”

The Jets went on to face Manly in the Minor Semi-Final the next week and we all know what happened in that game!