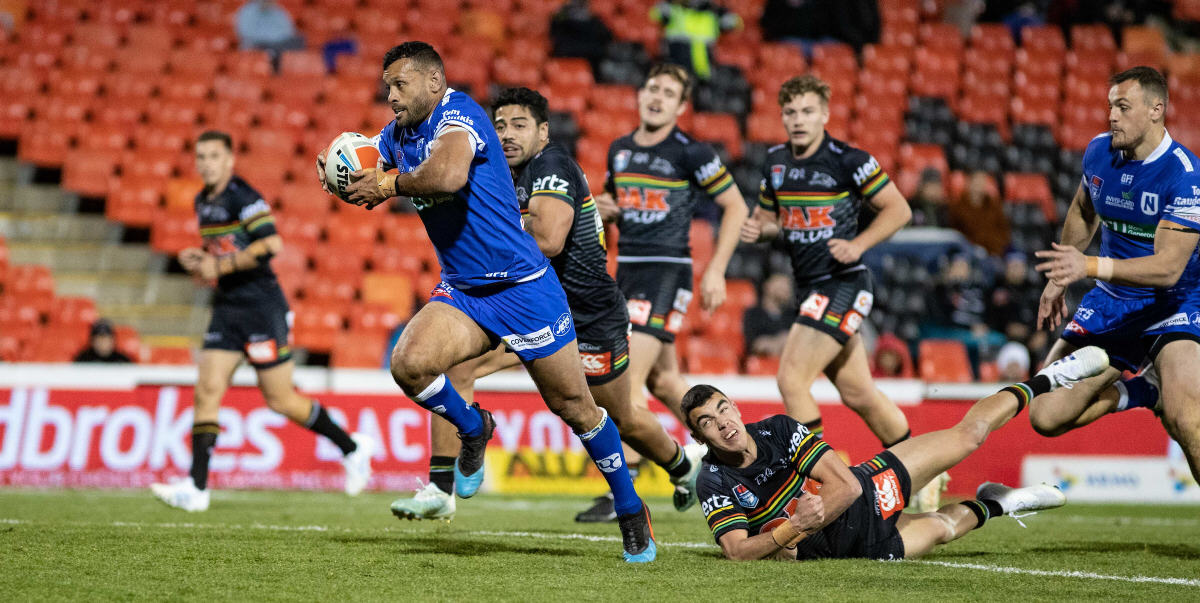 Jayson Bukuya breaks clear to score an outstanding try for Newtown against the Penrith Panthers on the night of 9th August 2019. This win on a frosty night at Panthers Stadium was a game that gave the Newtown Jets decided momentum as they headed towards a final series for the ages. Photo: Mario Facchini, mafphotography

Here are the details of tonight’s Virtual Season match

Tonight’s match is a replay of the 2012 NSW Cup grand final between Newtown and Balmain Ryde-Eastwood played on Sunday, 30th September at ANZ Stadium. The game is being streamed via Facebook Video Premiere at 8.00pm AEST so viewers can watch, chat and engage with it in real-time. Afterwards, it will appear as a regular video on Facebook to enjoy at your leisure.

The Newtown grand final team was (with their 2019 sponsors in brackets):

Joining the Keep The Jets Flying campaign is an ongoing proposition and is still open to everyone who wants to keep the Newtown Jets alive and competitive in rugby league football.

Use this link:  JOIN HERE  to find out how you can become a contributor to this worthy campaign.

Check out the tremendous range of Newtown Jets clothing and merchandise that is available on: www.newtownjetsclothing.com.au (use this link to make your purchases online).

You can also purchase by phone by calling 9052 6980, or buy from the Newtown RLFC office during business hours at 14 Rich Street, Marrickville.

The two most recent histories of the Newtown Jets, Taking It To The Streets – The Second Life of the Newtown RLFC (published in 2019) and Through Blue Eyes – A Pictorial History of Newtown RLFC (2008) are both available for purchase through the same merchandise website, or by calling 9052 6980 or purchasing directly from the Newtown Jets office as listed above.
(Taking It To The Streets recently received a highly complimentary review from the prestige UK rugby league magazine Forty20 in the May 2020 issue.)

This week’s headline photo features Jayson Bukuya, a rock-solid rugby league professional who recently announced his retirement as a player. Jayson had a long career in the NRL with both the Cronulla Sharks and New Zealand Warriors clubs for a total of 186 NRL appearances, and also 11 international rugby league appearances with the Fiji Bati.

Jayson is particularly well-remembered for his fine displays in both the 2019 Canterbury Cup NSW grand final and the 2019 NRL State Championship final victories. The Newtown RLFC extends best wishes to Jayson and his family members for the future.

We are also pleased to report that Mose Masoe continues to make good progress after suffering a very serious injury earlier this year. This update on Mose’s progress was published recently in Fox League news.

Newtown supporters would recall Faámanu Brown who gave splendid service to the Newtown Jets in the 2016 and 2017 seasons, along with extended stints in the NRL with the Cronulla Sharks and Canterbury Bulldogs. “Nu”, as he was well known, has recently signed a contract to play with the famous Featherstone Rovers club in 2021.