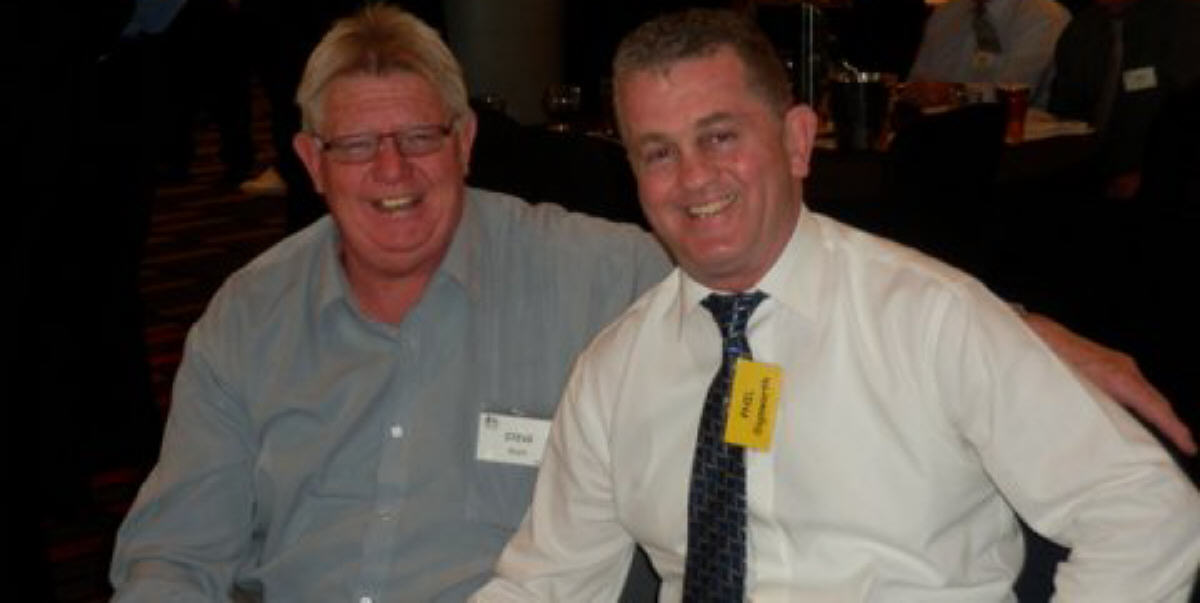 Newtown Jets fullback Phil Sigsworth (on the right) was man of the match in this epic 1981 elimination semi-final. Phil is pictured here at a social function with one of his 1981 Jets team-mates, second-rower Steve Blyth. Photo: Courtesy of Western Suburbs RLFC.

The football may be off but you can still follow the Jets as a community! This week, our intrepid social media team is going to “live tweet” the Newtown versus Manly-Warringah elimination semi-final played at the SCG on Sunday, 13th September 1981 and we want you to be a part of it!

You can log in from wherever you are at 3.00pm AEDT, Saturday, 28th March and watch the following video as if you were watching the game:  https://m.youtube.com/watch?feature=youtu.be&v=yRZV5EhrvO0

Our social media “mavens” will tweet the game as if they had entered a time machine and gone back to 1981.

This breathtaking game is bound to bring back so many great rugby league memories.