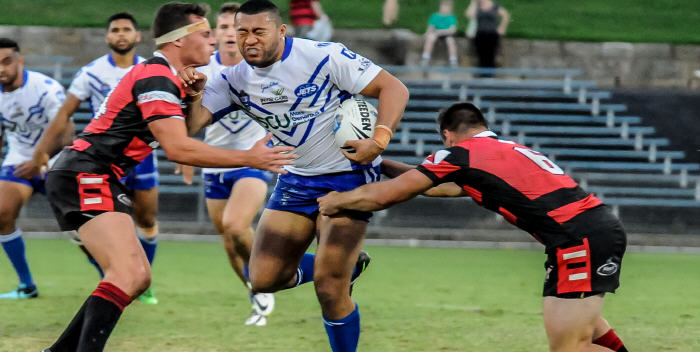 Jets clinical second half locks out the Bears

The Newtown Jets showed much improved form in their 26-10 NSW Cup trial match win over North Sydney at Henson Park on Saturday evening. This game was played in cooler conditions compared to the previous week’s trial, due to the later starting time and Saturday evening’s light rain showers.

The Bears had the better of the first half with the Jets missing several scoring chances through their poor handling and making misreads in defence. Norths led 10-6 at the half-time break and they had a much better completion rate than the Jets in the first forty minutes.

The second half, which was played in two twenty-minute quarters, saw quite a turnaround in the Jets’ performance. Newtown kept Norths scoreless in the second forty minutes and made only one handling error in that same time period. The Jets registered a 95 percent completion rate over the last two quarters (with an impressive 100 per cent completion rate in the final twenty minutes). Newtown’s solid defence and minimal error rate saw them score four tries in the second forty minutes to run out winners by 26-10.

Newtown’s final NSW Cup trial match is against Wests Tigers at Campbelltown Stadium on Saturday, 21st February with this game timed for kick-off at 5.00pm. Wests Tigers and the Cronulla-Sutherland Sharks play an NRL trial match at the same venue at 7.00pm.