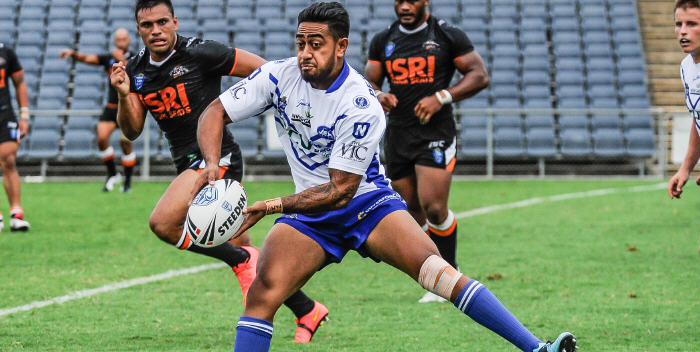 A tale of two halves for the Jets

Newtown’s final pre-season trial match last Saturday was one of contrasting fortunes in each half of football. The Jets led Wests Tigers by 22-6 at half-time in the NSW Cup trial played at Campbelltown Stadium, but the Tigers dominated the second half to win the game by 36-22.

The Jets fielded their strongest line-up in the first half and turned on a most impressive performance, scoring four tries through the backline with three of these being converted from the sideline by the new Sharks signing Todd Murphy. Newtown showed conclusively in the first half that they have the makings of a strong NSW Cup side for 2015. There was some defensive fragility in the first half and Wests Tigers could well have had more points on the scoreboard by half-time.

Newtown’s second half capitulation will have provided a good wake-up call for the Jets’ part-time squad members. Newtown’s poor ball control, wayward passes and lack of discipline all combined to give the Tigers plenty of territory and momentum. The Jets were rarely seen at the Tigers’ end of the field during the entire second half as Wests Tigers piled on five converted tries to run out 36-22 winners.

Jets coach Greg Matterson said that the three trial games have provided valuable information in assessing the newcomers to Newtown’s part-time squad. Matterson and his coaching staff are confident that in alliance with several experienced players from the Cronulla Sharks NRL squad, Newtown will be fielding a most competitive and well-balanced team in this year’s NSW Cup premiership competition.

The Newtown Jets and Wests Tigers meet again in Round One of the 2015 NSW Cup competition, to be played at Henson Park on Saturday, 7th March at 3.00pm.

Next Saturday, 28th February, will see the popular Jets Supporters Rally Day staged at the Vic Hotel, Enmore from 2.00pm to 5.00pm. This will be a great afternoon of free entertainment for Newtown’s army of young fans and a chance for the youngsters to meet the Jets’ players. The official 2015 Newtown Jets season launch is to be held at the Petersham RSL Club on Wednesday evening, 4th March, commencing at 7.00pm. Further details for both of these events are outlined on the Newtown Jets website.