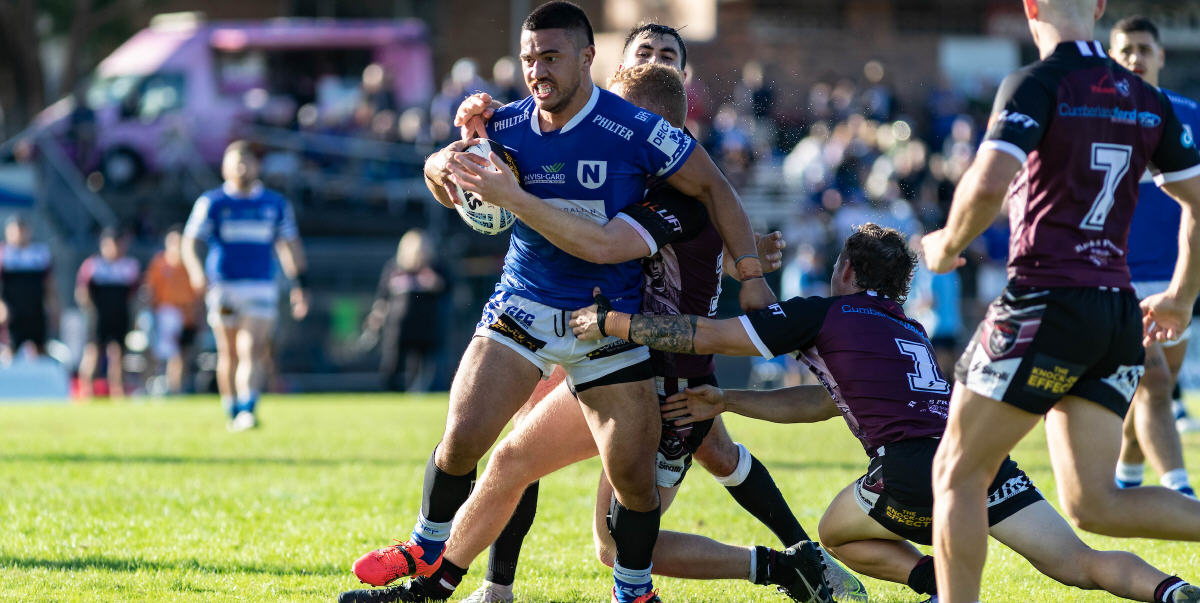 Despite the forecasts of heavy rain for the entire weekend, the Newtown Jets staged a successful Beer, Footy & Food Festival on Saturday, as well as claiming a 34-16 win over Manly-Warringah’s NSW Cup partnership club, the Blacktown Workers Sea Eagles.

The first half was an even contest and Newtown probably should have opened up a decisive lead. Blacktown’s defence was up to the task and they restricted the Jets to just two tries in the first forty minutes, while scoring two converted tries of their own to make the half-time score 12-all.

The Sea Eagles took a 16-12 lead early in the second half and despite the vocal support for Newtown from the big Festival crowd, the game was very much in the balance throughout the third quarter. While Newtown had a larger share of overall  possession, the Sea Eagles’ high completion rate enabled them to stay in the contest.

Newtown’s on-field cohesion had been disrupted by the loss of organising halfback Rhys Davies in the 25th minute, but the Jets eventually asserted their control of the match in the final twenty minutes with tries to winger Matt Ikuvalu, fullback Kade Dykes and two tries to the dynamic interchange player Addison Demetriou. Centre Mawene Hiroti converted five of Newtown’s six tries.

The return of the Jets play-making hooker Jayden Berrell, who had missed several games through a knee injury, injected considerable impetus to Newtown’s attacking capacity through his astute ball-play and incisive dashes from dummy-half. Five-eighth Lachlan Miller, who has been a true revelation in the NSW Cup this year, also added potency to the Jets’ attack.

Front-rower Franklin Pele’s two deft off-loads that led to tries by fullback Kade Dykes and replacement centre Addison Demetriou had quite a touch of the great Arthur Beetson about them. Newtown is now in second place on the KOE NSW Cup competition ladder, and the Jets take on the top-of-the-table Penrith Panthers at St Marys Leagues Stadium next Saturday, 30th April, at 3.00pm. This match is to be live streamed on NSWRL TV.

(This game will be live-streamed on NSWRL TV).