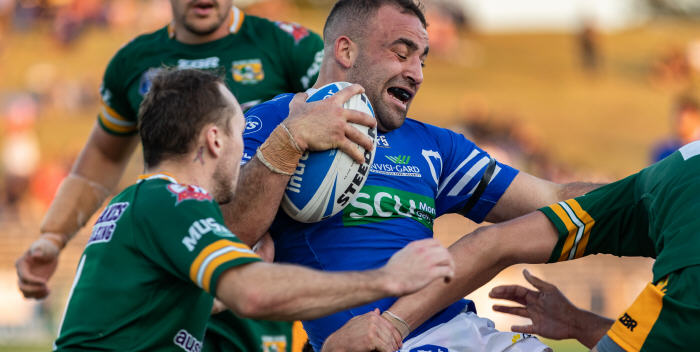 The Newtown Jets were beaten 26-24 by last-placed Wyong in their 11th round Intrust Super Premiership NSW match played at Henson Park on Saturday afternoon.

Newtown led 12-0 after just nine minutes, but Wyong narrowed this to 12-10 by the twentieth minute. That remained the score until halftime.

The Jets dominated the third quarter of the match and looked to be in control when they extended their lead to 24-10 midway through the second half.

A series of defensive blunders saw Wyong score three tries within the space of eight minutes, and the Roos took the lead 26-24 with just seven minutes left to play.

The Jets mounted two determined attacking sorties but Wyong held on determinedly to win what will probably be that club’s last ever appearance at Henson Park.

Jets halfback Kyle Flanagan did not play in the second half and his absence affected the balance of the team at vital stages in the latter forty minutes.

This was a disappointing result for the Newtown team, especially after coming away with a convincing win against the competition leaders Mounties last Saturday.

The Jets play away to their old 1908 Foundation Club rivals Western Suburbs at Lidcombe Oval next Saturday, 26th May. This match will be televised live on Channel Nine and is timed for kick-off at 1.00pm.

This match is being telecast live on Channel Nine.