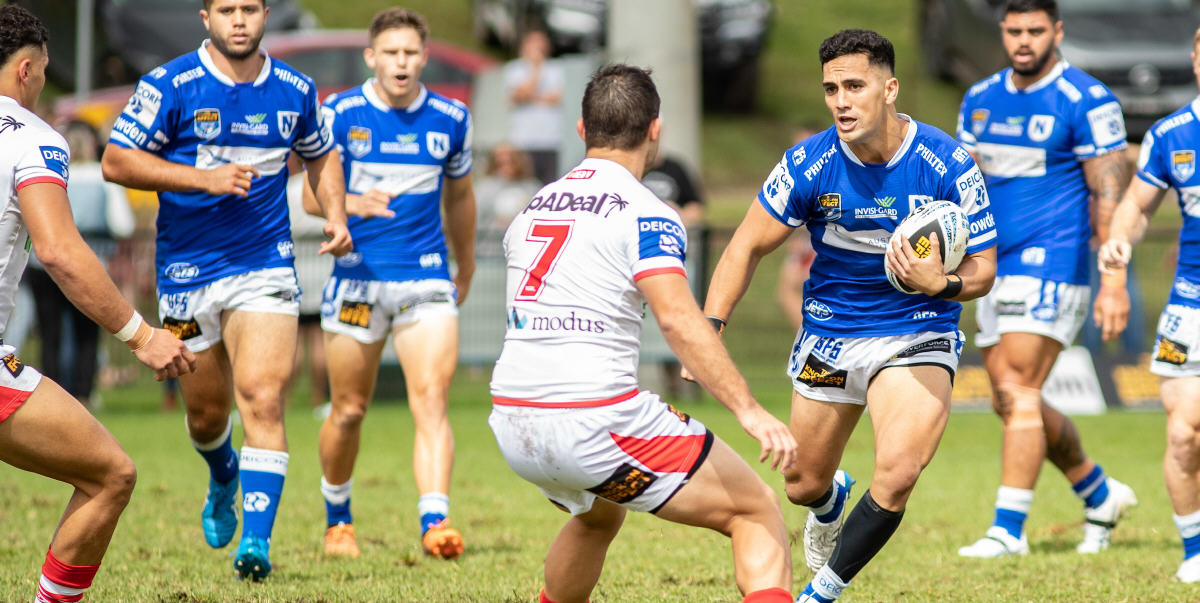 Jets in runaway victory over the Dragons

The Jets dominated territory and possession early in the match and had run up a 16-0 lead (three tries and two conversions) within the first twelve minutes.

The Dragons came back into the contest when they gained a better share of possession, but Newtown added another try and a penalty goal to take a 22-10 lead into the half-time break.

The match was played in slippery conditions. The Kirkham Oval playing surface was top-class but there had been heavy rain during the previous evening.

The mercurial Jets five-eighth Luke Metcalf ended with three tries to his credit; centre Kayal Iro scored twice; and second-rower Reubenn Rennie, winger Jonaiah Lualua, front-rower Thomas Hazelton and winger Mawene Hiroti were the other try-scorers, with Metcalf converting six of the tries and kicking a penalty goal for a personal haul of twenty-six points.

Despite the difficult playing conditions, the Jets laid on some classy ball-work. Fullback Lachlan Miller, Luke Metcalf and halfback Rhys Davies took full advantage of the territory and momentum laid on by Newtown’s big forwards.

Coach Greg Matterson had plenty of reasons to be pleased with the all-round quality of Newtown’s performance, but he cautioned after Saturday’s game that teams don’t make the semi-finals in March.

The Jets meet the Newcastle Knights next Saturday, 2nd April, at Leichhardt Oval. This fourth round NSW Cup match kicks off at 12.40pm and will be televised live on the Fox League channel.

The St George-Illawarra team was: