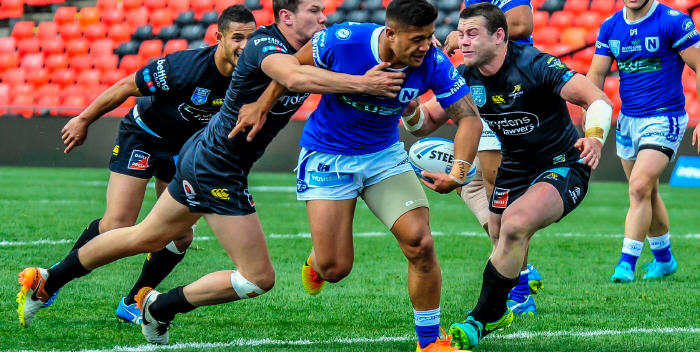 Jets loss sends them into an elimination semi-final

The Newtown Jets were decisively beaten by Mounties 30-12 in the Intrust Super Premiership NSW qualifying final played at Penrith on Saturday. The Jets live to fight another day, as they now move into an elimination semi-final against the New Zealand Warriors at Penrith on Sunday evening.

The Jets had plenty of ball early in Saturday’s game and went close to breaking through the minor premiers’ defence on a couple of occasions. Newtown was punished for missed one on one tackles and Mounties opened up a 16-0 lead (3 tries and 2 goals) by the 28th minute. Jets hooker and captain Matt McIlwrick scored next to the southern end goal posts in the 35th minute and Fa’amanu Brown’s conversion narrowed the deficit to 16-6, which remained the score at half-time.

Jets coach Greg Matterson was sure they were still in the game 16-6 down at the break, but they needed to be the first to score in the second half. Instead Mounties kicked a penalty soon after play resumed to increase their lead to 18-6, and then added converted tries in the 54th and 64th minutes to have the game under control through a 30-6 lead. Fa’amanu Brown scored one of his trademark tries eight minutes out from full-time, and his conversion made the score 30-12 which remained as the full-time score.

Matterson’s post-match assessment was that the Jets didn’t put into practice what they had concentrated on leading into the game. There was no lack of effort by the Newtown players but they paid the price for not sticking to their pre-match instructions. The Jets had completed their sets well but didn’t put sufficient pressure on Mounties in their end of set options.

Matt McIlwrick was judged to be Newtown’s most effective player, while Jaline Graham, Matt Evans and Josh Cleeland were the best of the backs. The Jets forwards had made a real contest of it against the big Mounties pack, but the minor premiers’ NRL playing experience came to the fore in defining the difference between the two teams.

The Jets travel to Pepper Stadium, Penrith to take on the New Zealand Warriors in an elimination semi-final on Sunday, 11th September, at 6.35pm. This match is to be televised live on Fox Sports One.