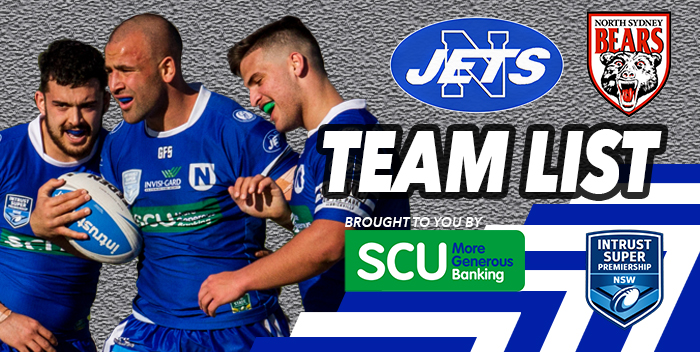 Newtown Jets has named its team for the Intrust Super Premiership NSW Round 24 clash versus North Sydney Bears being played at Henson Park, Saturday 20th August, 3pm AEST kick-off. This match doubles as the second and deciding leg of the annual Frank Hyde Shield series.

There will be plenty of fun for the kids on the Hardi Aged Care Family Hill featuring bigger than ever jumping castles, face painting, pass the ball, Ice Cream Joe’s Mr Whippy & Barista along with our very own JETMAN.