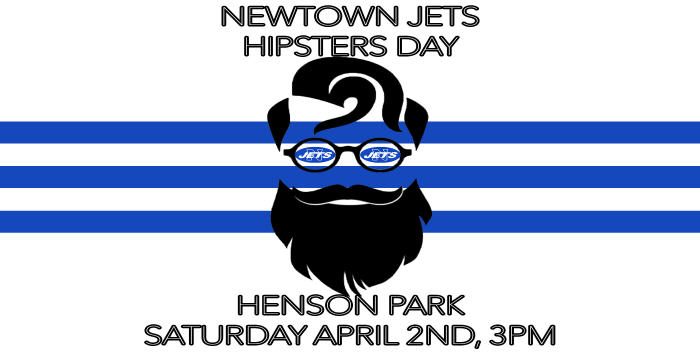 It’s Hipsters Day this Saturday 2nd April at Henson Park and Newtown Jets has named its team for the Intrust Super Premiership NSW Round 5 clash versus local rivals Wests Tigers kicking off at 3pm. There will also be Cronulla Sharks Junior Reps matches from 11am.

Last year, Newtown’s very own Jets were rated the greatest hipster club in the Rugby League world by Rugby League Week… This year they plan on keeping the title!

Get along to Newtown Jets’ Hipsters Day this Saturday and cheer on the men all dressed in blue.

“I live a short walk from Henson Park and the ironic, hipster nostalgia surrounding the Jets is enormous.” (Steve Mascord, Rugby League Week)

Entry is ten bucks or FREE with a beard.