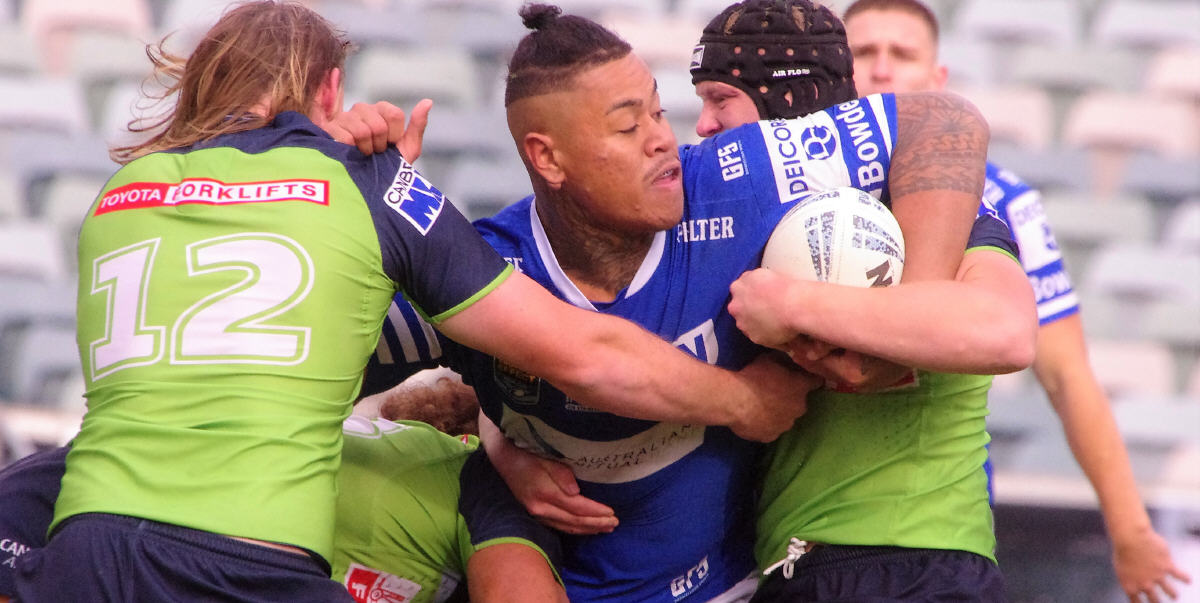 Jets head coach Greg Matterson didn’t mince his words when he described Newtown’s away loss to the Canberra Raiders on Sunday as an extremely disappointing performance. The Jets went down 30-22 to the Raiders after trailing 20-4 at half-time, and then by 30-4 nearly midway through the second half.

Newtown’s loss meant they would not overtake Penrith on the NSW Cup competition table, even though the Panthers went down to the Dragons. At the completion of Round 13, Penrith still leads the competition on 20 points with Newtown second on 19, and with Canterbury, Parramatta and North Sydney all close behind on 18.

A barrage of Raiders tries, two just before half-time and two more early in the second half, proved to be the game-breakers at the GIO Stadium on Sunday.

No doubt Canberra’s freezing weather was of some consequence. It’s doubtful that the Jets had ever played in such bitter conditions in an away match in Canberra since joining the second-tier NSW Cup level of rugby league in 2000. The temperature at the GIO Stadium on Sunday was registered at 8 degrees celsius, with the wind chill factor reducing that figure down to 2 degrees. Light rain fell intermittently during the match which made for a slippery playing surface and handling difficulties.

The Raiders led 10-0 midway through the first half but Newtown looked to be back in the contest when winger Tyla Tamou dashed over in the corner in the 31st minute. The Jets were in real trouble when the Raiders scored two tries (through some rather half-hearted defence) in the last five minutes of the first half to take an authoritative 20-4 lead into the half-time break.

The situation spun out of control for the visitors when the Raiders added a further two tries in the first fifteen minutes of the second half. Bearing in mind the difficult playing conditions, Newtown was not likely to run down a 30-4 deficit in the remaining 25 minutes.

Newtown did add three more tries to make the final scoreline of 30-22 slightly more bearable. Newtown front-rowers Tom Hazelton and Caleb Uele combined in fine style for Uele to burst across the try-line in the 67th minute; halfback Luke Metcalf scored a genuine “falcon try” in the 71st minute, despite the protestations of the Canberra players and crowd; and Luke Metcalf claimed his second try after Tyla Tamou had made a break up the right-side wing and threw a perfectly directed inside pass to the eagerly-supporting Metcalf.

Club historian Terry Williams pointed out the gloomy historical reality that just over forty years before, on the 18th April 1982, the Canberra Raiders won their first-ever NSW Rugby League first grade fixture when they beat Newtown 12-11 at Seiffert Oval, Queanbeyan.

The Jets hit the road again next weekend when they play the Newcastle Knights at the McDonald Jones Stadium (Newcastle) on Sunday, 12th June at 1.05pm.

Highlights of the Canberra Raiders v Newtown Round 13 NSW Cup match, courtesy of the NSWRL:
https://www.nswrl.com.au/news/2022/06/05/nsw-cup-highlights-raiders-v-jets-round-13/ 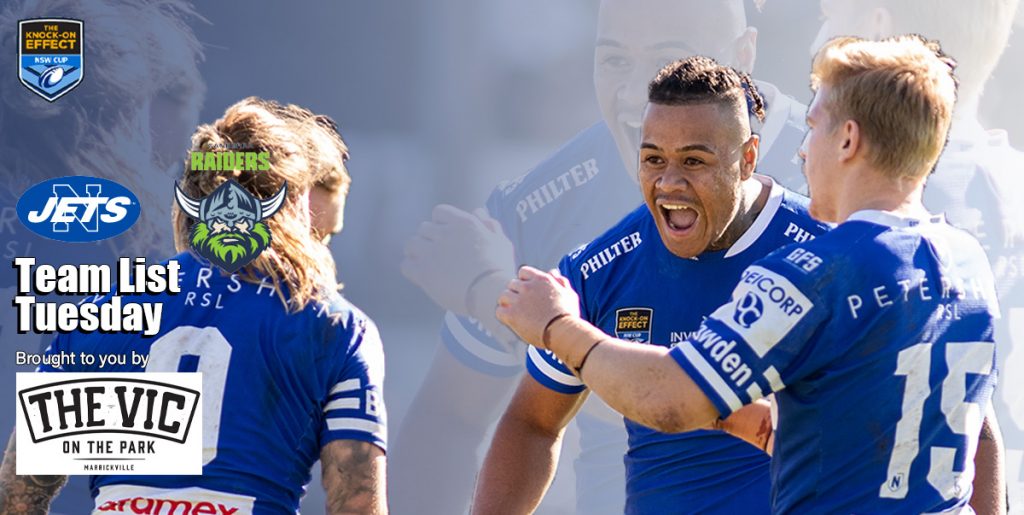