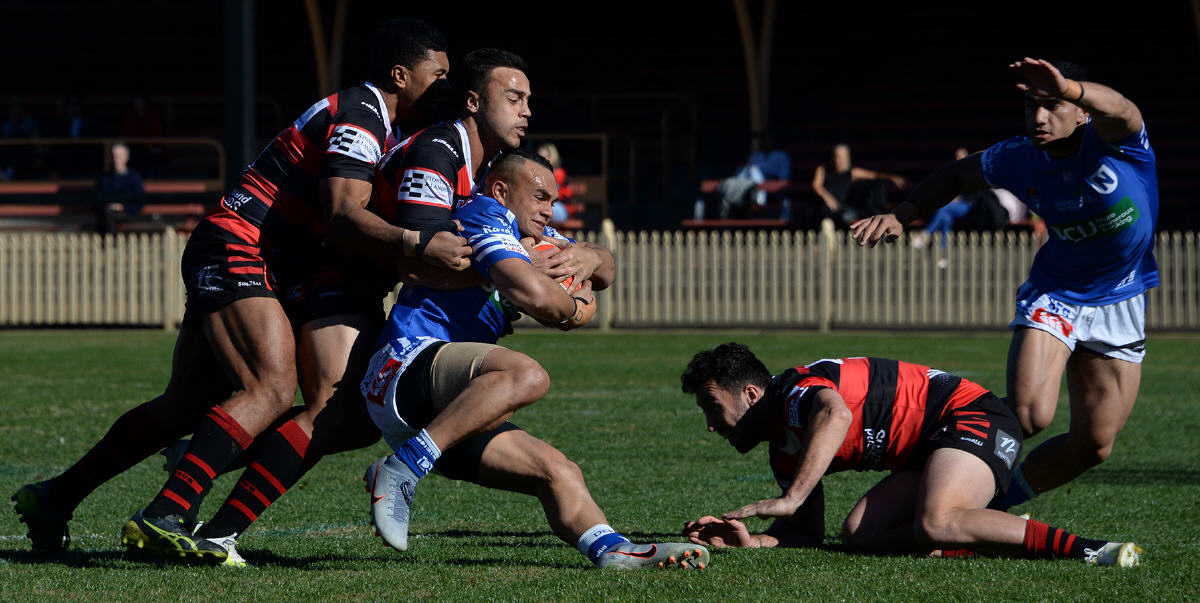 No luck for the Jets in Frank Hyde Shield deciding match

The Newtown Jets have relinquished possession of the coveted Frank Hyde Shield for the first time since 2012, in going down 22-8 to the North Sydney Bears at North Sydney Oval on Sunday.

The Bears dominated possession and field position in the first half and by rights should have led by more than 14-4 at half-time. Newtown narrowed this deficit to 14-8 with twenty minutes left to play, and were denied a try in a controversial decision with just twelve minutes remaining.

Norths ensured their win when they extended their lead with a try three minutes later, and then added another right on full-time. The Jets did well to stay in this contest as they had to cope with several late changes to their team line-up. The windy conditions made life difficult for the goal-kickers in both teams, with seven tries being scored in total and only one converted.

The Hyde family was well represented at yesterday’s deciding match for the 2019 Frank Hyde Shield. Frank’s three sons – Greg, Mike and Patrick – were all present, along with one of his daughters Maria. The family members complimented both clubs on the continuing high quality of the presentation of the Frank Hyde Shield games each year. As previously mentioned, this was North Sydney’s first victory in the Shield series since 2012.

The Jets travel to Auckland next weekend to take on the New Zealand Warriors at Mt Smart Stadium on Saturday, 20th July in Round 18 of the Canterbury Cup NSW competition.

The match kicked off at 1.10pm and was televised live on Channel 9.

Some statistics from the game:

North Sydney had 58% of possession overall and missed three try-scoring chances in the first half.

Norths had 70% completions overall and Newtown 74%.

This Canterbury Cup match is to be preceded by the New Zealand Warriors v Cronulla Sharks Jersey Flegg Cup fixture at 8.00am (AEST).