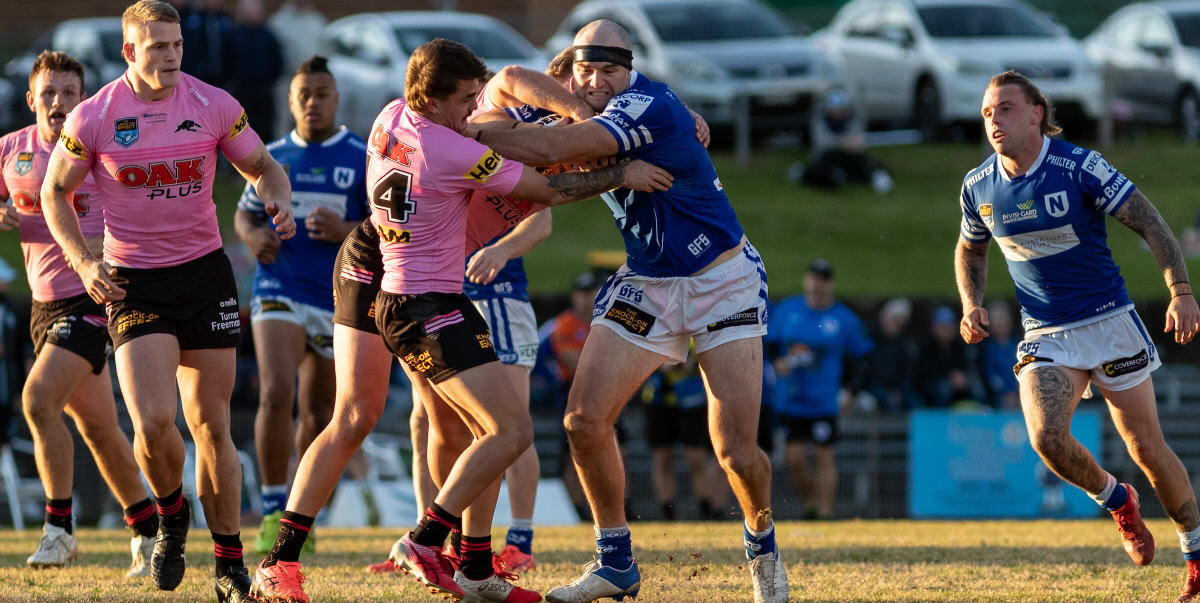 The Penrith Panthers proved why they are the favourites for the 2022 Knock-On Effect NSW Cup premiership title when they convincingly defeated the Newtown Jets by 26-6 at Henson Park on Saturday.

The match between the competition’s top two teams was played in front of a good attendance and in better weather conditions than had been predicted earlier in the week.

Such is the competitiveness of this year’s NSW Cup premiership quest, Newtown has slipped from first place to fourth place as a result of Saturday’s loss. The top half of the NSW Cup points table now reads in this sequence: Penrith (22 points), Canterbury (22), Norths (22), Newtown (21), Souths (20) and Canberra (20).

The first half of Saturday’s match was a genuine contest, with Penrith the first to score through a converted try in the 11th minute. The Jets responded with a try to centre Kayal Iro (which was converted by Luke Metcalf), levelling the score at 6-all. Tries to the Panthers in the 39th minute and then in the 41st minute (both converted) made Newtown’s task very difficult.

Penrith added two further tries in the 49th and 72nd minutes for what was the Panthers final winning margin. Newtown threw plenty at the Penrith at their end of the field during the second half, but the Panthers renowned defensive discipline (as shown so regularly by their NRL team) kept their try-line intact throughout the entire second session.

Newtown’s loss in this match demonstrated the strength and organisation of the Panthers attack and defence. As aptly described on another website: “You could be mistaken for thinking you were watching Penrith’s first grade side with their line speed and their aggression in both attack and defence. Penrith’s tries on either side of half-time really set the foundation for the victory.”

The Jets fielded a surprise inclusion in 2019 finals hero Billy Magoulias, who has been released from the Warrington Super League club. Another new signing was the former Canterbury forward Kayne-Lee Kalache.

Next weekend is a general bye for the NSW Cup competition, and Newtown’s next match in Round 16 will be against Canterbury-Bankstown at CommBank Stadium on Saturday, 2nd July at 12.40pm.

The Newtown RLFC would like to congratulate centre Kayal Iro, second-rower Reubenn Rennie and front-rower Vincent Rennie on their selection in the Cook Islands Rugby League national team to play Samoa in the Pacific Test at Campbelltown Sports Stadium next Saturday, 25th June, at 5.40pm.