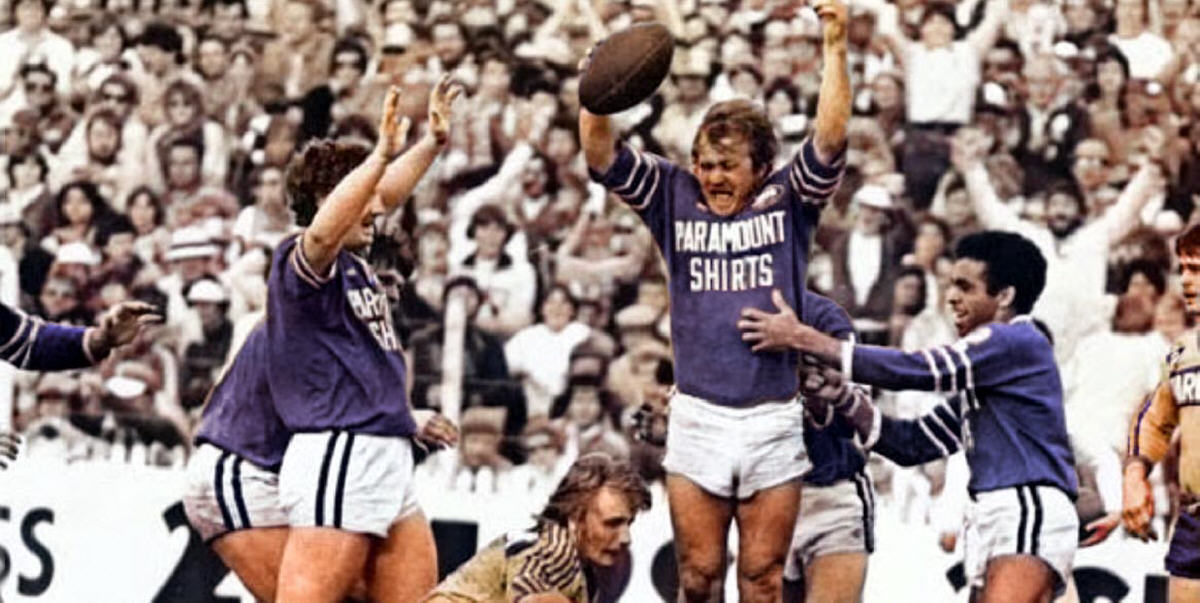 Tom Raudonikis celebrates after scoring a try in the 1981 NSWRL Grand Final (colourised by thefootydog@mail.com)

It is an occasion of mixed feelings for many thousands of Newtown Jets supporters. There was the profound disappointment of losing the game narrowly, but no doubt many more fans took great pride in Newtown reaching the Grand Final for the first time since 1955 after such a thrilling progression through the qualifying games.

The club planned to recognise the 40th anniversary by way of a special 1981 team dinner, and of course the 1981 playing group would have been honoured at this year’s Newtown Jets Reunion Day at Henson Park.

As we know, the COVID-19 pandemic put paid to the remainder of the 2021 NSW Cup season and also to any plans for any special events to honour the 1981 Newtown Jets Grand Finalists.

The club now intends to pay tribute to the 1981 Jets players and staff by way of individual letters thanking them for their service and for such massive efforts in that memorable season.

Bearing in mind the despair associated with Newtown’s first grade seasons between 1976 and 1978, followed by the ascent of the Jets up the premiership table in 1979 and 1980 and then the glorious run of victories into the 1981 Grand Final – all made that 1981 season and the Grand Final appearance of forty years ago exceptional moments in our club history.

To say that the Newtown Rugby League Football Club has had a chequered history since 1908 is somewhat of an understatement. Let us remember then on this day, forty years on from the 27th September 1981, what was a day of enormous pride and achievement for our club, the oldest Rugby League club in Australia.