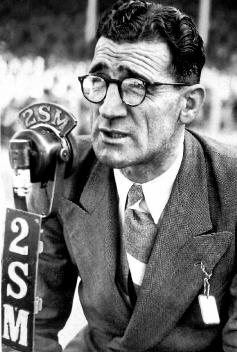 Jets and the Bears turn on a useful pre-season trial match.

Newtown beat North Sydney 8-4 in what was a low-scoring but reasonable standard NSW Cup trial game at Henson Park last Saturday. There is no trial game set down for the Jets this weekend, but five Newtown players have been called upon to play with the Sharks in their NRL pre-season trial against Manly-Warringah on Sunday evening (14th February at 5.00pm). The five Newtown players are Levy Sopi, Matt Evans, Arana Taumata, Malakai Houma and Kurt Kara. Houma made a big impression with Newtown in the latter part of the 2015 NSW Cup season and he was the Jets’ best player against Norths last Saturday. Levy Sopi played with the Sharks NYC team last year and is a hard running, powerfully-built winger. Matt Evans is a clever centre who played with Newtown in 2014 and missed most of 2015 through injury. The much-travelled Arana Taumata has rejoined the Newtown club and has put in a very strong off-season. Kurt Kara is into his sixth season with the Jets and has been one of Newtown’ most consistent and hard-working forwards in recent years.

The Cooks River Valley Times provided this coverage and quality photograph on page 15 of this week’s edition: http://bit.ly/1V5Q4Qq

The Newtown RLFC was well represented by Terry Rowney, Annie Mustow and Glen Dwyer at a very pleasant Rugby League occasion last Sunday at the North Sydney Leagues Club. It was the 100th birthday memorial luncheon for the great Frank Hyde, who had been born on the 7th February 1916. Frank passed away in September 2007 but his fame lives on through his family and his many Rugby League and media connections. Last Sunday was also the 108th birthday of our fellow 1908 NSWRL foundation club, the North Sydney Bears. Several branches of the mighty Hyde family were present, including several of his sons and daughters, grandchildren and other relatives. Rugby League greats John Raper and Noel Kelly attended, bringing back fantastic memories of Frank’s Rugby League broadcasts from Kangaroo tours from the 1950’s through to the 1970’s. Sydney radio legend John Brennan was also there, bringing back wonderful recollections of Frank’s radio days at 2SM. Frank won the Rugby League radio broadcast ratings for more than 30 years in succession, a never to be repeated media achievement. Frank played with Newtown from 1934 to 1937 before moving on to play with Balmain and North Sydney. Terry Rowney summed up the proceedings well when he said: “It was a privilege to be at such a happy event and to be amongst such terrific people. The Newtown club is truly blessed to have been such a significant part of the Frank Hyde Story!”

Frank Hyde’s eldest son Greg had an absolutely superb piece of Rugby League memorabilia on display – nothing less than Frank’s North Sydney jersey from the 1943 NSWRL First Grade Grand Final against Newtown! The jersey is in splendid condition and bears the number 3 on the back, made famous by Frank Hyde in his time with the Shoremen.

Long-serving Newtown Jets photographer Gary Sutherland was back on deck at Henson Park last Saturday and he took these photos: http://bit.ly/1SJX3kA

The 2016 Rugby League season is well and truly with us, and the best way you can show your loyalty and support to Australia’s oldest Rugby League is by becoming a 2016 member by either joining up or renewing your membership. Revenue from annual memberships is a critical aspect of our club’s revenue stream. Please go this link to make your choice of 2016 Newtown Jets membership package: http://www.newtownjets.com/jets-membership-2016/

Rugby League Week magazine last year rated the Newtown Jets as the greatest Hipster Club in the world of Rugby League. Make sure you have some of your own cutting-edge Jets clothing and merchandise – go to: www.newtownjetsclothing.com.au to make your selection (you can purchase online).

Get ready for the annual Newtown Jets Supporters Rally Day: Date: Saturday, 27th February, 2016; Venue: Vic on the Park Hotel, 2 Addison Road, Marrickville; Time: 2.00pm to 5.00pm; The attractions will include: Get to meet the 2016 Newtown Jets players and staff (plenty of photo opportunities); the ever-popular Jetman and Syd the Pig will both be there; jumping castle; ice-creams; give-aways; a DJ will be in attendance; all told it will be a fabulous afternoon for the kids to meet their very own Local Heroes, the Newtown Jets!

Sunday, 14th February 2016; several Newtown players (Levy Sopi, Matt Evans, Arana Taumata, Malakai Houma and Kurt Kara) have been chosen in the Cronulla-Sutherland NRL trial squad that will play Manly-Warringah at Shark Park, with this match kicking off at 5.00pm.