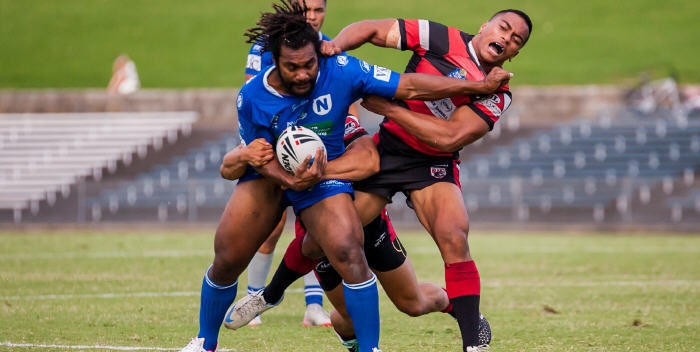 Peni Botiki has made a big impression in his short time at the Jets. Peni and his family need our support so let's show our true blue colours and lend them a hand! Photo: Mario Facchini Photography

Pledge to Peni and his family

Bula (hello), my name is Kathryn and my husband Peni is from Fiji. He has lived in Australia for approximately 6 years and migrated from Fiji to Australia to pursue a career in rugby league, and to provide for his family in Fiji.

His younger brother Joe, only 25 years old and also a talented footballer has recently had serious health issues.

On the 9th February 2016 we received the devastating phone call to say that Joe had tragically passed away.

We are all so devastated. Peni has flown to Fiji to be with his family and help with the funeral arrangements. I will be travelling to Fiji for the funeral.

Doctors recently found when Joe was younger, he contracted rheumatic fever, which was left untreated. Over the years, this disease has eaten away at his heart, causing him to need his heart valves replaced. Sadly there are no heart surgeons in Fiji, so we had to look at alternate options for Joe.

In Australia, this is a relatively straightforward procedure and it would’ve been a simple key whole surgery. However, as an overseas visitor without Medicare, the cost was beyond belief. Open Heart International (an amazing organisation that assists with cases like this, you might have seen them on 60 Minutes) advised us that the surgery alone would cost over $100,000, plus a chartered medical flight of over $50,000.

Peni and Joe’s family live in a traditional Fijian village and only make enough money to get by. Peni hasn’t been working, to give it his all and have one last try at achieving his football goals. We’ve been living off one salary only and I work for a not-for-profit organisation.

Knowing Joe needed urgent medical intervention, the amazing people at Rotary immediately arranged for two doctors from Melbourne and Brisbane to travel to Fiji to operate on Joe; the miracle lifeline for Joe which we had all been hoping for. These doctors were due to arrive in Fiji on the 24th of February, less than two weeks away.

Peni’s family are now confronted with the funeral costs. It breaks our hearts to think that Joe won’t be given the honour and dignity he deserves at the end of his  short life.

We’re hoping that this page will be able to raise enough money to cover the cost of Joe’s funeral. Any further proceeds will go towards getting Peni’s siblings and nieces checked for the same disease that took Joe and give the family some money to provide for other medical costs and Joe’s hospital bills.

We ask that any amount of money you can donate will be so greatly appreciated. We thank you so much in advance; no words will ever show our gratitude.

To make a donation to Peni and his family in their time of need please visit: