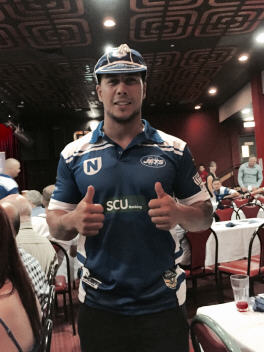 The 2016 competition rounds begin with a local derby between the Jets and the Bulldogs at Henson Park this Saturday, plus other news ….

A competition name change in what is a crucial year for the Newtown Jets ….

It’s farewell to the VB NSW Cup and hello to the Intrust Super Premiership NSW, the new name for the senior Rugby League competition of the NSW Rugby League. Intrust Super has been the major sponsor of what has been known as the Queensland Cup in previous seasons. This is most certainly a crucial year for the Jets as the club aims at qualifying for the semi-finals in 2016, after an absence of two years.

This Saturday’s game details are:

This Saturday’s teams are:

All of the other Intrust Super Premiership NSW round one teams can be perused on this link: http://www.nswrl.com.au/content/nswrl/club/news/2016/03/01/teams_intrust_super_.html

Darryl Neville was accorded the special honour of being made a Life Member of the Newtown RLFC last year … and last Sunday he was made a Life Member of the South Sydney RLFC. His contribution to both clubs as a player, assistant coach, coach, skills development adviser and all-round clubman has been immense and his Life Membership double is indeed a special achievement. He is one of the really good people of the Rugby League game and it is entirely appropriate that he is now a highly-respected Life Member of not just one, but two, of the Rugby League code’s 1908 foundation clubs.

The 2016 Rugby League season is well and truly with us, and the best way you can show your loyalty and support to Australia’s oldest Rugby League is by becoming a 2016 member by either joining up or renewing your membership. Revenue from annual memberships is a critical aspect of our club’s revenue stream. Please go this link to make your choice of 2016 Newtown Jets membership packages: http://www.newtownjets.com/jets-membership-2016/

The Newtown Jets have been rated as the greatest Hipster Club in the world of Rugby League, edging out some rather raffish Rugby League clubs in cities like New York, Toronto and London. Make sure you have some of your own cutting-edge Jets clothing and merchandise – go to: www.newtownjetsclothing.com.au to make your selection (naturally you can make your purchases online).

These players will be making their competition-game debuts with the Newtown Jets this Saturday at Henson Park: –

Jason Schirnack: 26; 92 kgs; second-rower, lock. Junior club: Te Aroha Eels (Wellington, NZ); with Wests Tigers in 2010 and 2011 and he made his NRL debut with this club; North Queensland Cowboys and Mackay Cutters 2012 to 2014; Canterbury-Bankstown in 2015. His older brother Alan Schirnack also played with Wests Tigers.

Anthony Moraitis: 20; 102 kgs. Junior club: Gymea Gorillas. Second-row/centre; Cronulla Sharks NYC 2015. Anthony is the grandson of Nick Moraitis, the highly-successful businessman and the owner of the famous Might and Power. He bears more than a passing resemblance to the actor Bobby Cannavale, currently starring in Vinyl on the Showcase Channel.

Here are some figures that prove beyond any doubt what a valuable contribution the Newtown club makes to Rugby League in terms of current player development:

In the teams named on Tuesday night for Round One of the 2016 NRL competition, 32 players spread across 11 clubs had played for Newtown at some stage of their careers (plus there are several others on their clubs’ injured lists and not available for selection).

Since 2005, 25 former Newtown Jets players have attained NRL Premiership Rings; 11 have represented NSW at State of Origin level, 5 have represented QLD at the same; 9 have played for Australia and 8 for New Zealand.

Congratulations to Kurt Kara who has been honoured at the Newtown RLFC 2016 Season Launch for having reached his 100 NSW Cup games with the Jets late in the 2015 season.