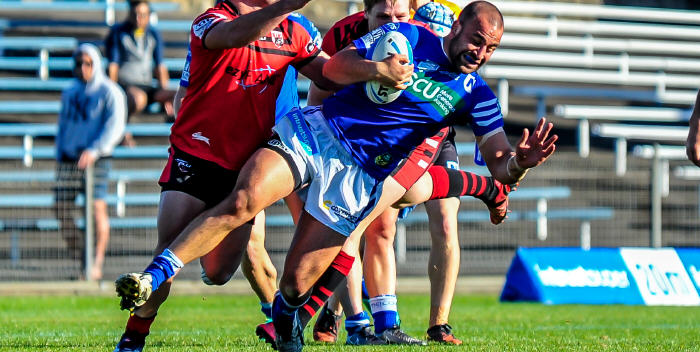 Hard-running backrower Anthony Moraitis has returned to the Newtown Jets for the 2018 Intrust Super Premiership season. He is pictured here in action against North Sydney at Henson Park in 2016. Photo: Gary Sutherland Photography.

The good ship Newtown Jets sets sail for 2018 … and onwards

January 8th 2018 will be a most significant day for the Newtown RLFC, with the Jets celebrating their 110th birthday on that date. While the club isn’t holding any official function with respect to the club’s 110th birthday, we ask club members and supporters to spread the word all around about what is an interesting landmark for one of Sydney’s oldest sporting entities.

The 2018 Newtown Jets membership packages are now available and you can check out the entire array on this link:  http://www.newtownjets.com/jets-membership-2018/

All purchases $70 and over (excluding postage) receive 1 pair of Jets thongs free! Your link to this great Yuletide offer is: http://www.newtownjetsclothing.com.au/

2018 pre-season training commenced on Monday, 13th November and there have been large numbers in attendance at both the Newtown gymnasium and at Mahoney Reserve in South Marrickville. Head coach Greg Matterson advises there have been forty players at the field sessions at Mahoney Reserve and 25 to 28 at the gymnasium (numbers are restricted at the gym). Triallists from the Glebe-Burwood club, the Jets’ new partnership club in the NSWRL Ron Massey Cup competition, have been training with the Newtown pre-season squad. The last training session prior to Christmas is on 21st December and the pre-season program will resume very soon after New Year’s Day.

New signings for 2018 include front-rower Wes Lolo from Wests Tigers and backrower Anthony Moraitis from the Canberra Raiders. Anthony played on numerous occasions with Newtown in 2016 when he was contracted with Cronulla-Sutherland. Two other new arrivals are twins Ben and Jesse Marschke from the Sydney Roosters. Ben is a hooker and Jesse is a halfback and five-eighth. Malakai Houma is back in full training after suffering a bad leg injury in March 2017. Jets players from 2017 who have signed contracts for 2018 include Matt Evans, Leigh Higgins, Jimmy Jolliffe, Jayden McDonogh and Reubenn Rennie.

In recognition of our new partnership with the Glebe-Burwood club, the first trial match for 2018 is to be played on Sunday, 11th February at the original home ground of the Glebe Dirty Reds RLFC, Wentworth Park. Newtown last played a match at this historic Sydney sports venue back in 1927, 90 years ago! Details of that game are on this link:  http://www.rugbyleagueproject.org/seasons/nswrfl-1927/round-2/newtown-vs-balmain/summary.html

SCU – More Generous Banking has confirmed as being the major sponsor of the Newtown RLFC for 2018.

Petersham RSL Club has also confirmed they are on board again for what will be the 20th year of their sponsorship of the Newtown RLFC.

The Newtown Jets and SCU – More Generous Banking were both well represented at last Friday’s Celebration of Cultures Day at St Brigid’s Primary School, Marrickville. The Jets players who ran the popular pass-the-ball booth were Jayden McDonogh and Ozzie Tuwhangai from the Pikiao RLFC in the Bay of Plenty region. Ozzie is trialling with Newtown and was recommended to the club by one of our all-time greats, Kurt Kara. Jetman was also in attendance at this event at St Brigid’s School.

The winner in Race 8 (the Total Property Group Handicap) in Canberra last Friday, 1st December carried a name of some interest to supporters of this club. Newtown Bluebag won at a handy price, and is co-owned by prominent Jets identities Terry Rowney and Barry Cotter. One racing journalist suggested that the win might well be a good omen for the 2018 rugby league season!

A Newtown Jets Director who is known to favour the New Zealand Kiwis in international rugby league matches was seen leaving the Westpac Stadium in Wellington after the Kiwis ignominious 4-2 loss to Fiji in their World Cup quarter-final clash. Our inside mail is that this fellow didn’t appear to be in the best of tempers!