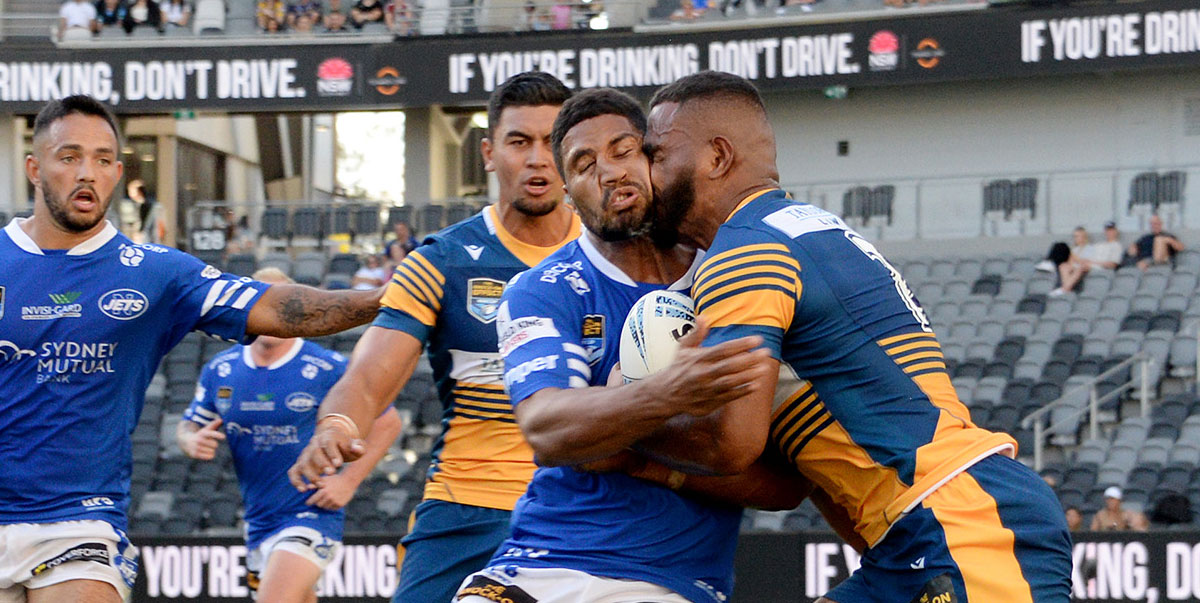 The Jets and Raiders Meet Again After a Fourteen-Year Hiatus.

The Newtown Jets will take on the Canberra Raiders in round four of the Knock-On Effect NSW Cup at Belconnen Oval this Saturday, 3rd April at 4.00pm.

The Jets and Raiders last competed against each other in the former NSWRL Premier League competition in 2007. The Raiders then elected to form a partnership with the Queensland Cup club Souths-Logan from 2008 to 2011, before linking up with Mounties in the NSW Cup in 2012. The Raiders-Mounties association ended at the end of 2020.

Newtown’s match details on Saturday are:

This Newtown team is subject to changes.

An important message about a player who contributed so much to the Newtown Jets in his playing career:
The 2012 NSW Cup premiership-winning front-rower Mose Masoe has a long battle ahead of him after sustaining a serious spinal injury with playing for the Super League club Hull KR.

Mose played with Newtown on numerous occasions between 2010 and 2012 and turned on some rousing performances in the 2012 NSW Cup finals series.

The Men of League organisation has organised an appeal to help Mose bring his family back to Australia to rebuild his life.
Please make a donation to assist Mose and his family – it will be greatly appreciated.
The link to the Men of League Mose Masoe donations page is: https://menofleague.com/mose-masoe/

Here is a list of links to the various Newtown RLFC media sites that will enable you to access all the information you need for the 2021 season:

Newtown RLFC email newsletter: email bumper@newtownjets.com and ask to be subscribed to the regular Jets newsletter.

And for purchasing Newtown Jets clothing and merchandise online:  www.newtownjetsclothing.com.au