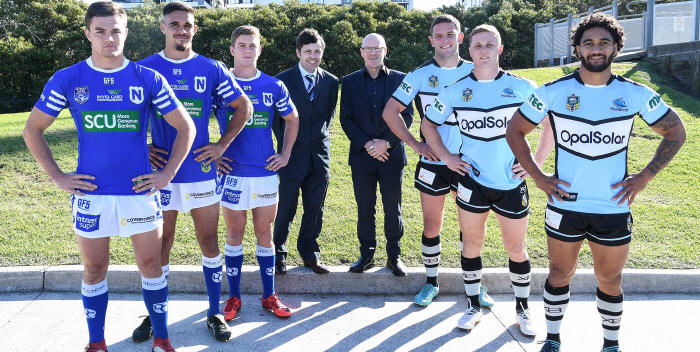 The Newtown Rugby League Football Club is pleased to announce that it has reached agreement for a five-year extension of its existing partnership with the Cronulla Sharks. The Jets and the Sharks began their current partnership in late 2014. The term of this new agreement will end on 31 October 2023.

This is an exciting development for the Newtown Jets as our club is regarded as being an integral component of the Intrust Super Premiership NSW competition. We see our role in the rugby league pathways system as being a club that successfully develops young players into making the move up into the top-level NRL playing ranks.

Our club has developed a strong home ground following and has worked hard at expanding its community and media profile in recent years. This extended agreement will enable the Newtown club to consolidate the advances it has made on several fronts in the past decade.

The Jets look forward to their extended partnership with the Cronulla Sharks, who won their inaugural NRL premiership title in 2016 and who have promoted a first-class junior development system. Several graduates from this system are now performing with distinction in their first year in senior rugby league with the Newtown Jets.

The Newtown RLFC also looks forward to continuing to work closely with our Cronulla Sharks allies as both of our clubs pursue places in the 2018 finals.