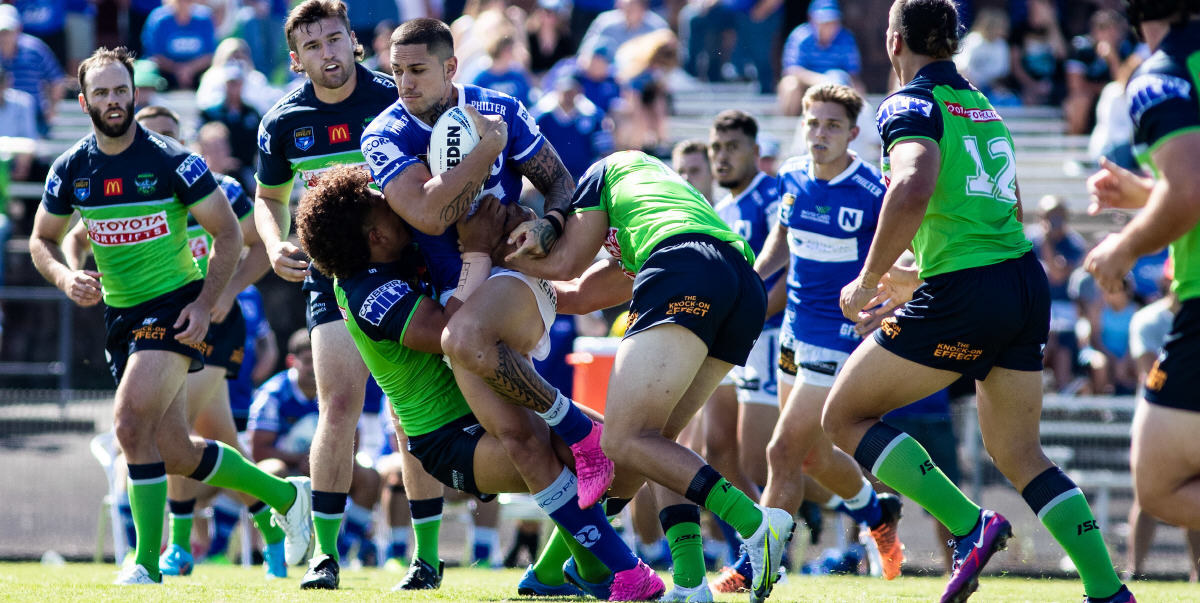 The Newtown Jets won their opening Knock-On Effect NSW Cup competition round against the Canberra Raiders by 36-22, in the match played at Henson Park on Saturday.

Newtown’s team was a combination of Jets contracted players plus several Sharks NRL squad members, and this win was all the more commendable because Newtown’s team did not have the opportunity to train together prior to the game.

The Jets were in the box seat when they led 24-12 at half-time, after scoring four tries to two. Five-eighth Luke Metcalf, who had played so well for Newtown in 2021, scored the opening try in the third minute.

Hooker Jayden Berrell, who made a very impressive debut in the royal blue colours, scored Newtown’s second try. Berrell is a Sharks recruit from the Queensland Cup club Wynnum-Manly.

Back-rowers Charbel Tasipale (ex-Parramatta) and Myles Taueli (previously with the Broncos and Redcliffe) scored tries leading into the half-time break.

Luke Metcalf converted all six of Newtown’s tries and narrowly missed with a penalty goal attempt from the half-way line in the game’s fortieth minute.

The Raiders threw everything at Newtown’s try-line in the first ten minutes of the second half and the Jets defended with great resolution in this period.

Jets fullback Lachlan Miller, a Sharks signing from the Australian Rugby 9s squad, burst through the Raiders defence for a smartly-taken try in the eleventh minute of the second half.

The Raiders hit back with two tries in quick succession to trail 30-22 and they looked to be primed for a thrilling fightback.

The Jets made sure of this win with a well-constructed try that saw winger Tyla Tamou dive over in the north-western corner. Metcalf’s conversion from the sideline completed the Jets’ scoring for the afternoon.

Coach Greg Matterson told his players at full-time that there had been some very satisfactory aspects of this performance, but there is plenty of hard work to be done in order to succeed in what is shaping as a fiercely-contested NSW Cup competition.