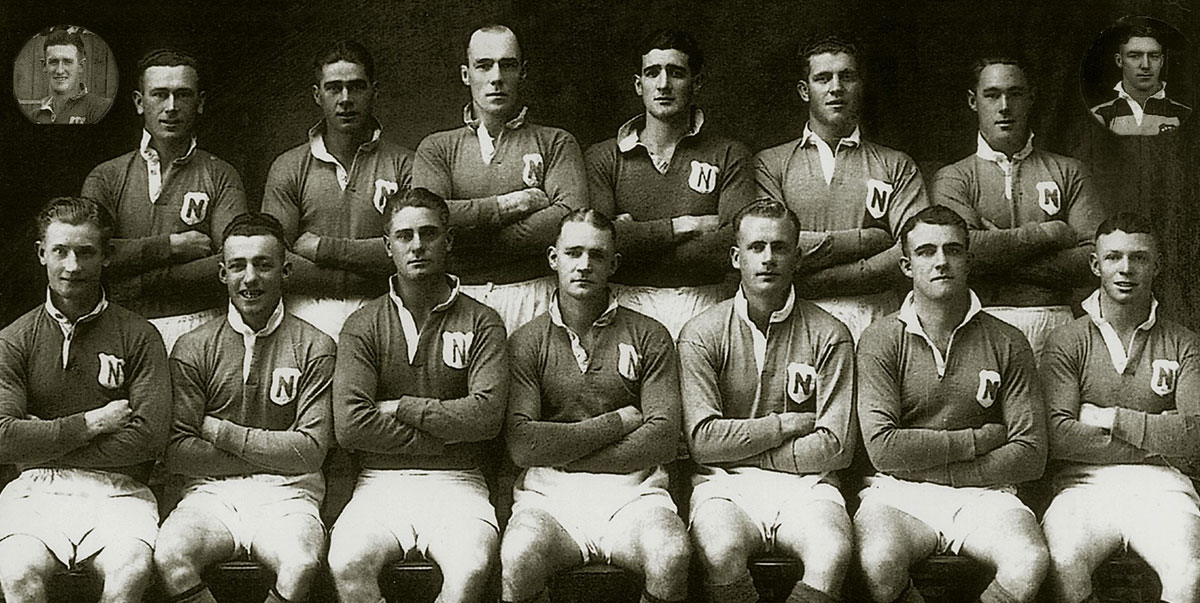 A great many giants of the 13-a-side code have worn Newtown’s royal blue colours in our club’s 113-year history. Frank Hyde played with Newtown from 1934 to 1937 and was a member of Newtown’s City Cup winning team in 1937. He is pictured third in from the right in the back row. (Newtown RLFC collection).

After such a flat year in 2020, we look forward to better times in 2021. It’s our club’s 113th birthday on Friday, 8th January and we can be justifiably proud about what this club has achieved in the past, and what we can look forward to in the future.

This year’s trials program is as follows:

After being grounded last season, the Newtown Jets will fly again in 2021 – and we want you to come along for the ride with a club membership!

In 2020, many of our 2019 premiership stars like Sifa Talakai, Toby Rudolf and Sione Katoa successfully made the transition to the NRL, and in 2021 we’ll unleash a new generation of future first-graders onto Henson Park.

When you become a Jets member, you’re not just buying footy tickets, you’re pledging financial support to our club and players, while also gaining access to exclusive members-only benefits.

Our “Keep the Jets Flying” members kept us alive in 2020 and we’re excited to see you all back at Henson for what promises to be another thrilling year of NSW Cup action. (Our competition will be adopting a new sponsor’s name at the 2021 NSWRL competitions season launch.

We offer seven different packages which cover every type of budget, so get on board before we take flight!

Here is the link to all of our membership packages information and application forms: https://www.newtownjets.com/season-2021/jets-membership-2021/

The Premier of NSW, Gladys Berejiklian, has said the wearing of face masks is now compulsory in public indoor locations and on public transport.

Not only can you comply with this edict in the interests of public health, at the same time you can lend financial support to the Newtown Jets as we head into the 2021 rugby league season.

Use this link to place your orders:  https://www.newtownjetsclothing.com.au/product/newtown-jets-face-mask/

You can also buy the Newtown Jets face masks directly from the Newtown RLFC office at 14 Rich Street, Marrickville, NSW 2204, or call 8488 8200.


An uplifting message from Neil Pringle.

The former Newtown and Balmain lock forward Neil Pringle has given us permission to pass on the below text message that he sent to the Newtown RLFC on Tuesday, 5th January.

We are all used to reading occasional negative news about the rugby league game, especially in the area of players’ behaviour.

Neil’s message about the friendships and camaraderie that can be forged during rugby league careers, and the pride that many old players have in their former clubs, is a good example of a more positive rugby league story.

We had sent Neil two photographs that related to the distinguished service given by both Neil and Trevor Ryan to the Newtown and Balmain rugby league clubs.

Here is the full text of Neil Pringle’s message:

“Mate, I’m really appreciative of the photos from the Ryan-Pringle Shield games. My career as a junior and 1st Grade player with the Bluebags/Jets was a wonderful part of my life. The friendships that I made are for life.

I continue to support the Jets and am proud to be part of such a rich Rugby League foundation club and its culture and tradition. Hopefully this year I will be able to join former players in a reunion on the hill at Henson Park and then relive the history at the Henson Park Hotel afterwards.

Birthday greetings and congratulations to that grand old Bluebag Kevin Considine, who played with the club from 1951 to 1960. Kevin was on the wing in Newtown’s two grand finals against South Sydney in 1954 and 1955, and he scored 87 tries in 138 first grade games. He turns 90 on the 9th January.