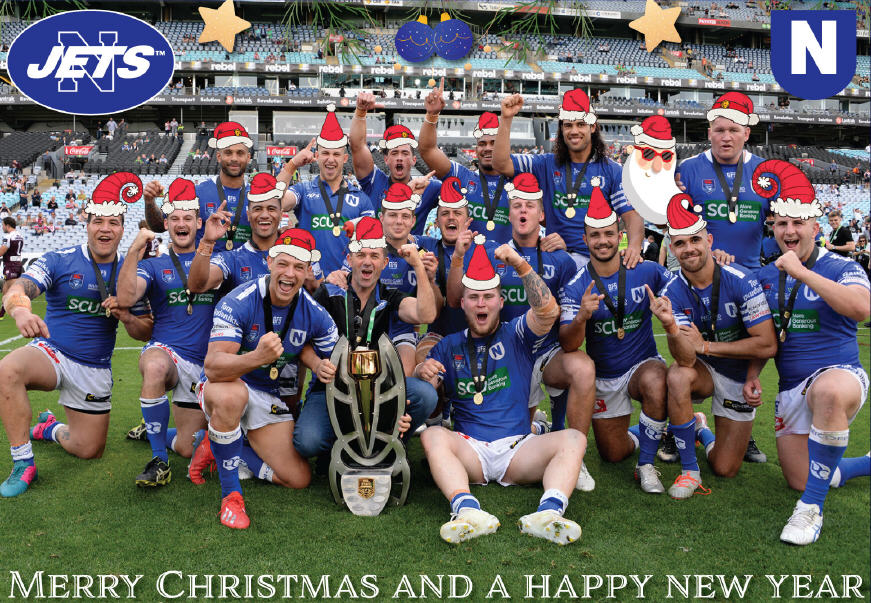 2019 – The Year that the Newtown Jets Struck Gold Twice

With the end of what has been Newtown’s most successful year in rugby league since 1991 fast approaching, the club extends Christmas and New Year greetings to all of our sponsors, members, supporters, players, staff and volunteers.

Newtown’s thrilling wins in the Canterbury Cup NSW grand final and the NRL State Championship final were only a few weeks ago, but our players have been back in training for the 2020 season since mid-November. Players who have signed contracts with the Newtown Jets for 2020 include the following: Jonah Ngaronoa (winger/centre), Lachlan Scarpelli (hooker), Jackson Stewart (hooker/lock), Joshua Delailoa (winger), Jayden Millard (five-eighth), Tom Coughlan (second-row) – these are all ex-Cronulla Sharks Jersey Flegg players.

The updated version of the history of the Newtown Jets, Taking It To The Streets – The Second Life of the Newtown RLFC, is available online and through the club’s merchandise sales outlets. Call 1300 363 690 for phone sales and postal rates. Check out this link for online sales:  https://www.newtownjetsclothing.com.au/product/taking-it-to-the-street-the-second-life-of-the-newtown-rlfc/ .  This book has received many highly favourable reviews, including from such eminent rugby league journalists and authors as Ian Heads and Dave Hadfield; former Sydney Roosters CEO Brian Canavan; and New Zealand businessman and rugby league aficionado Sir Peter Leitch (also known as the Mad Butcher). St Helens RLFC historian and author Alex Service had this to say: “This is one of the best rugby league books I have seen in recent years” … “This publication is going to be recommended with a capital ‘R’!”