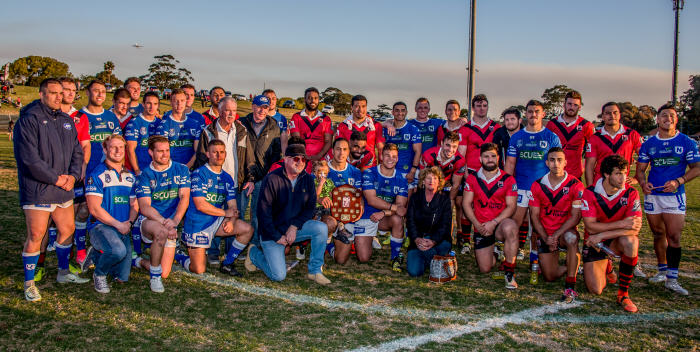 Here are the arrangements for the 2017 Newtown Jets Presentation Dinner:

Mr Alan Miller was the winner of last week’s quiz.

The four players who were members of all four of Newtown’s Metropolitan Cup first grade premiership-winning teams in 1992, 1995, 1996 and 1997 were:

When you choose Newtown Jets clothing you can be sure that you’re wearing one of the most charismatic and distinctive brands in the realm of Australian Rugby League merchandise.

Go to this link: http://www.newtownjets.com/jets-clothing/ for all your Jets merchandise information.

Congratulations to the former Newtown Jets front-rower Frank-Paul Nuuausala who played for Wigan in the 2017 English Rugby League Challenge Cup Final at Wembley Stadium last Saturday. Big Frank-Paul didn’t get to collect a Wembley winner’s medal though as Wigan went down to Hull FC 18-14, making it two Challenge Cup Final victories in a row to the Humbersiders. He gained some consolation by being in the Wigan team that defeated Cronulla-Sutherland 22-6 in the World Club Championship match earlier this year.