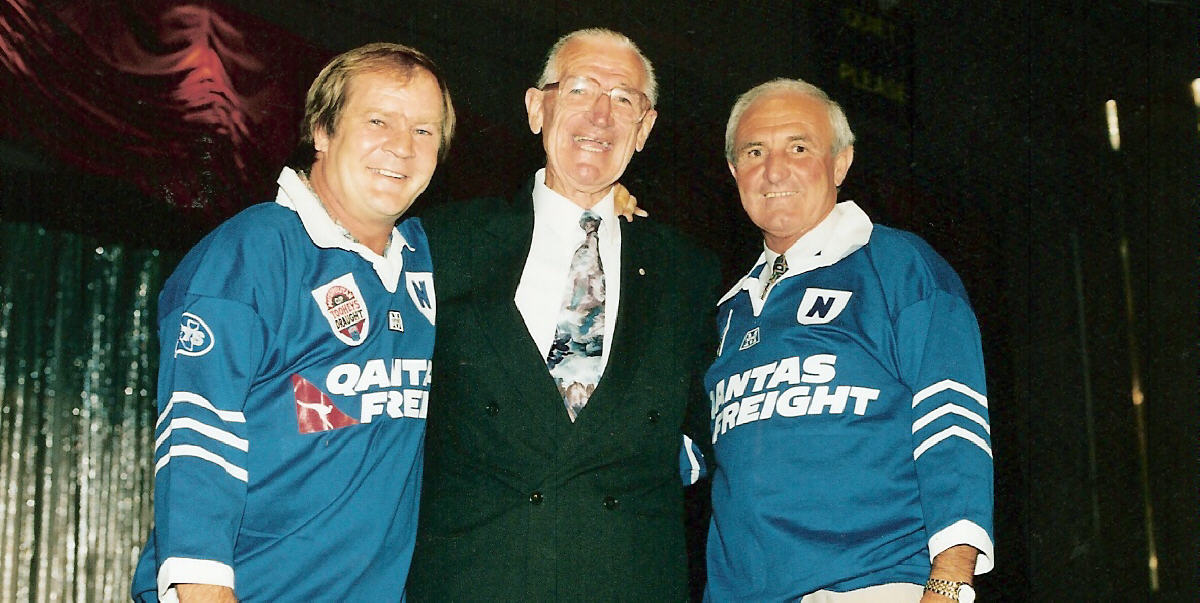 Tony was a product of the St Peters JRLFC and was graded with the Newtown senior club in 1953.

He gained first grade selection in 1956 and quickly proved to be an integral member of Newtown’s first grade team throughout the late 1950s and into the early 1960s.

Tony went on to win regular selection as a fast, elusive and skilful five-eighth in Sydney, NSW and Australian representative teams.

He also represented NSW against Queensland and international touring teams between 1958 and 1962.

Tony Brown played with the Newtown club from 1953 to 1964 before transferring to the Penrith club in the NSWRL Second Division competition. He captained Penrith in that club’s inaugural season in the NSWRL First Grade competition in 1967.

He had the honour of winning selection as five-eighth in the Newtown RLFC Team of the Century in the club’s Centennial Year in 2008.

The Newtown RLFC extends sincere condolences to the Brown family and to Tony’s many friends.