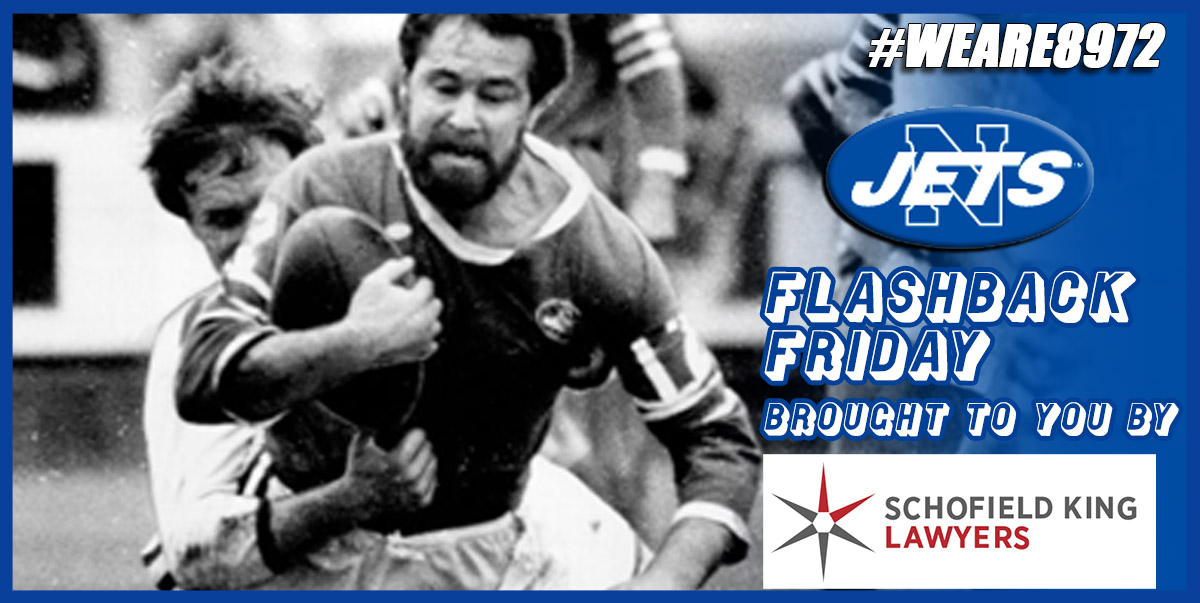 Penrith coach Len Stacker was compelled to apologise to his fans in 1979 after a superb performance from Newtown hooker Barry Jensen saw the Jets wallop Penrith 33-7 at Penrith Park.

It’s a well-known fact that scrums mean little in the modern game, but it was a different story in 1979, with Jensen’s 15-8 scrum dominance over Penrith rake Steve Martin proving the decisive factor in the emphatic win.

Not only was it Newtown’s biggest win of the season but it also earned them the distinction of being just the second team to defeat Penrith at their home ground in 1979.

Darryl Brohman opened the scoring when he booted a 30-metre penalty to give Penrith a 2-0 lead after 26 minutes, but the Jets took a 3-2 lead six minutes later when Phil Sigworth set up a try for rookie winger Kevin Pobjie. Brohman’s second goal put Penrith ahead 4-3, but the Jets led 8-4 at halftime with Pobjie grabbing his second try following some nice work from captain Ken Wilson.

Newtown stepped on the accelerator during the second half, with Jensen’s scrummaging giving the Jets a mountain of possession. Former Eastern Suburbs premiership winger Bruce Pickett opened the floodgates for the Jets when he crossed for a quick fire double and he was soon joined on the scoresheet by Jensen and centre Chris Doyle.

Martin managed to grab the Panthers’ first try in the 70th minute of play, but this was cancelled out on the stroke of full time when Wilson scored under the posts.

While Jensen was a unanimous choice for man of the match honours, he was ably supported by props Bill Noonan and Steve Bowden, while former Balmain Tiger Trevor Ryan was also strong.