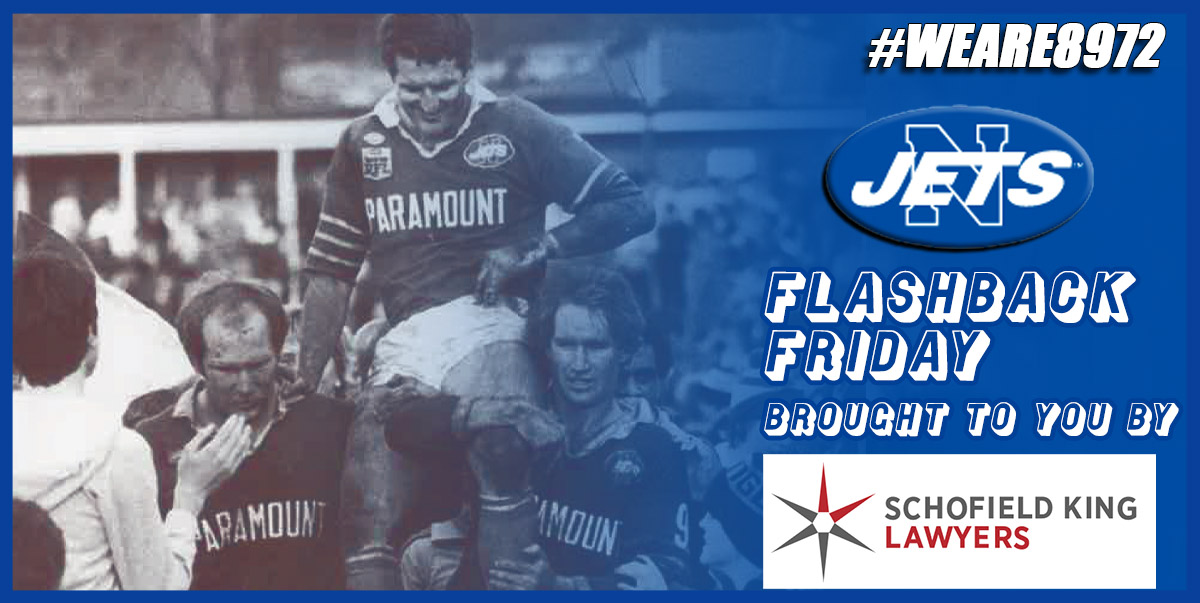 Flashback Friday – The Jets’ final flight in the top grade

It was meant to be a run of the mill premiership game but it ended up being a hugely significant chapter in Newtown’s long and illustrious history.

Saturday, August 28th 1983 will always be a bittersweet memory for longtime Bluebags fans, as despite beating Canberra 9-6 at Orana Park, the match would prove to be the Jets’ final flight in the top grade.

1983 had been an incredibly bleak year for the club. The Jets were on the brink of bankruptcy and heading into the final game of the season sat second last after winning just six games all year.

The New South Wales Rugby League was looking to rationalise the competition and the Jets were towards the top of the hit list, however, there was light at the end of the tunnel with a proposed relocation to Campbelltown seen as the key to maintaining their top-flight status. The Jets had already moved five of their home games to Sydney’s South West, including their last round clash against Canberra.

The game was heavily promoted and a crowd of 6500 fans was on deck to see Ken Wilson play his final game for the club. Newtown started the game strongly with local junior Michael Speechley scoring the opening try with a chip and chase in the 14th minute. The Jets went further ahead when Wilson snapped a field goal before fullback Tim Barnes crossed in the 36th minute to set up a 9-0 half-time lead.

The second half was much more keenly contested. Canberra came close to scoring early when hooker Jay Hoffman scampered over the line, but he was judged to have been held up in a desperate tackle from Chris Doyle.

The Raiders finally got on the board shortly after Hoffman’s effort, when former Jet Allan McMahon scored a converted try to put the Green Machine within three points. However, Wilson managed to seal the game by repeatedly hemming the Raiders in their half with his excellent tactical kicking.

“We needed a win today and we worked hard for it.”

Despite their poor season, there was plenty of optimism in the Jets’ dressing room, with the proposed move west promising a bright future. However, this would prove short-lived as by the end of the year, the shift to Campbelltown had been scuttled and the club had been officially expelled from the Winfield Premiership. That said, the Jets final fling will always live on in the hearts of Newtown’s legion of dedicated fans.