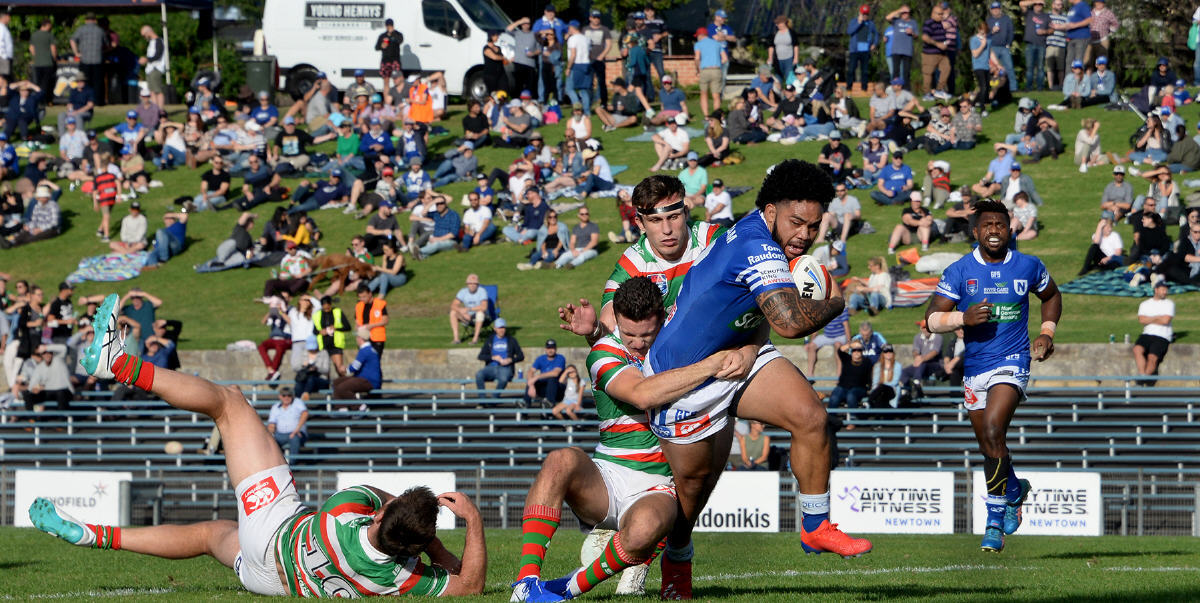 Jets and the Rabbitohs turn on a real thriller

The Newtown Jets staged a major upset against South Sydney at Henson Park on Saturday afternoon. The bottom of the table Jets surprised the second-placed Rabbitohs with an exciting 26-24 win, played in front of a big home crowd.

Souths had led 14-12 at halftime after Newtown were in front 12-6 midway through the first half, through tries to Matt Evans and Matt Segeyaro and two conversions by Braydon Trindall.

Newtown drew level with a penalty goal early in the second half, and then skipped away to a 26-14 lead by way of two outstanding tries to spring-heeled winger Ronaldo Mulitalo. Trindall converted both of these tries, including one from the sideline.

The Rabbitohs hit back hard to trail 26-24, and the game was in the balance with fifteen minutes still to play. Both the Jets and Souths had their scoring chances, but the Newtown boys showed considerable courage, discipline and determination to defend their narrow two-point lead.

Coach Greg Matterson acknowledged his team’s improved performance but noted that were issues such as game management where his players needed to get smarter. Matterson praised the efforts made by all of his players and remarked that it was the perfect occasion to win in such thrilling fashion in front of their home crowd. He made special mention of the strong games turned in by Billy Magoulias, Jimmy Jolliffe and James Segeyaro in the forwards, along with Braydon Trindall, Matt Evans and Ronaldo Mulitalo in the backs.

There is a general bye in the Canterbury Cup NSW competition next weekend. The Newtown Jets are back at Henson Park on Sunday, 19th May to take on Blacktown Workers Sea Eagles at 1.10pm.

This match is to be televised live by Channel 9.

The two other Canterbury Cup NSW competition games to be played at Henson Park on the same day are:

The Newtown RLFC regrets to announce the recent passing of Ron Hansen, who played with the club between 1960 and 1965.

The club extends sincere condolences to his family members and friends.