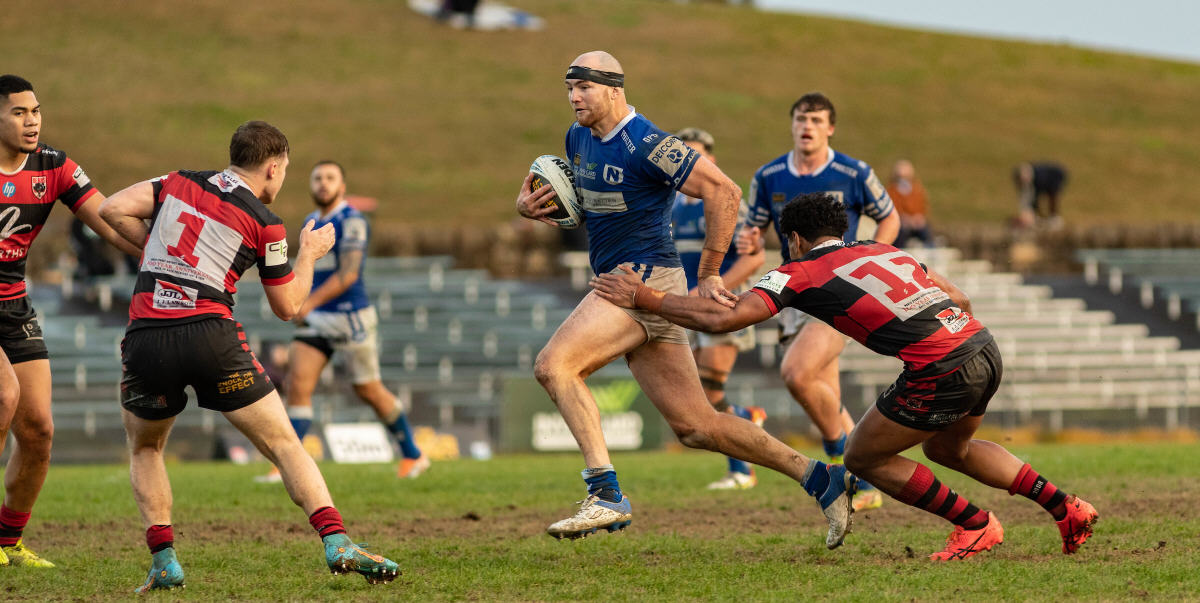 The game was played at Henson Park on Saturday afternoon and was also the decider of the 2022 Frank Hyde Shield series. The wet conditions impacted upon the game but it remained a gripping spectacle for the entirety of the match.

Norths scored a converted try in the tenth minute and later added a penalty in what were the only points to be scored in the first half.

The Jets revealed an inner-steel when they took control of the match in the first fifteen minutes of the second half. Centre Mawene Hiroti scored in the 42nd minute, bulldozing front-rower Franklin Pele crashed over to score minutes later and then the capable winger Matt Ikuvalu dived over in the corner after receiving a slick back of hand pass from five-eighth Lachlan Miller.

The Bears proved how important this game was to them when they took advantage of a Jets error to add another converted try, drawing level at 14-all with just eighteen minutes remaining.

In such a tight game, it was likely that only a classy and inspired piece of play could help create the winning try.  Halfback Rhys Davis regained his own high kick and then a minute later sent fullback Kade Dykes over behind the posts on the receiving end of a superbly-timed short ball.  The try was converted and Newtown led 20-14.

The Newtown Jets are at home again at Henson Park next Saturday (30th July), when they play near-neighbours South Sydney at 3.00pm.

Match Timeline:
Newtown kick off, running to the Sydenham Road end.
10.20: Norths gain a six-again at Newtown’s end and Sandon Smith cuts through to score to the left of the northern end posts.

Try converted by Adam Keighran. Norths 6-0 (12th minute).
Drizzly rain falling throughout much of the first half.
Penalty to Norths almost on Newtown’s tryline (33rd minute).

NSWRL TV commentator notes that Norths could have had a bigger lead.

Second Half:
Newtown get at North Sydney’s end of the field very quickly.

Mawene Hiroti crashes over, running a great angle off a short pass from Lachlan Miller.

Try not converted. Norths 8-4 (44th minute)
Jets helped back to Norths end by a penalty.

Franklin Pele charges over off passing lead-up by Jayden Berrell and Lachlan Miller.

Newtown turns over the ball midfield and Norths score in the next set.
Ethan King scores to the right-side of the southern-end goal posts.

Midfield penalty to Newtown in the 68th minute helps the Jets get up to Norths end of the field.

Rhys Davies turns on a slick inside pass that enables Kade Dykes to score.

Dangerous Norths backrower forced across the sideline by Mawene Hiroti and Tyla Tamou (78.50).

Newtown had to toil hard in tricky conditions to come from behind to beat their old 1908 foundation club rivals.

In winning this game, Newtown regained possession of the coveted Frank Hyde Shield.

Other TV commentary observations:
“This has been a tense, tight, low-scoring first half, with only one try scored in the tenth minute.

8-0 might be a difficult lead for Newtown to overhaul, given the obvious limitations of the playing conditions.”