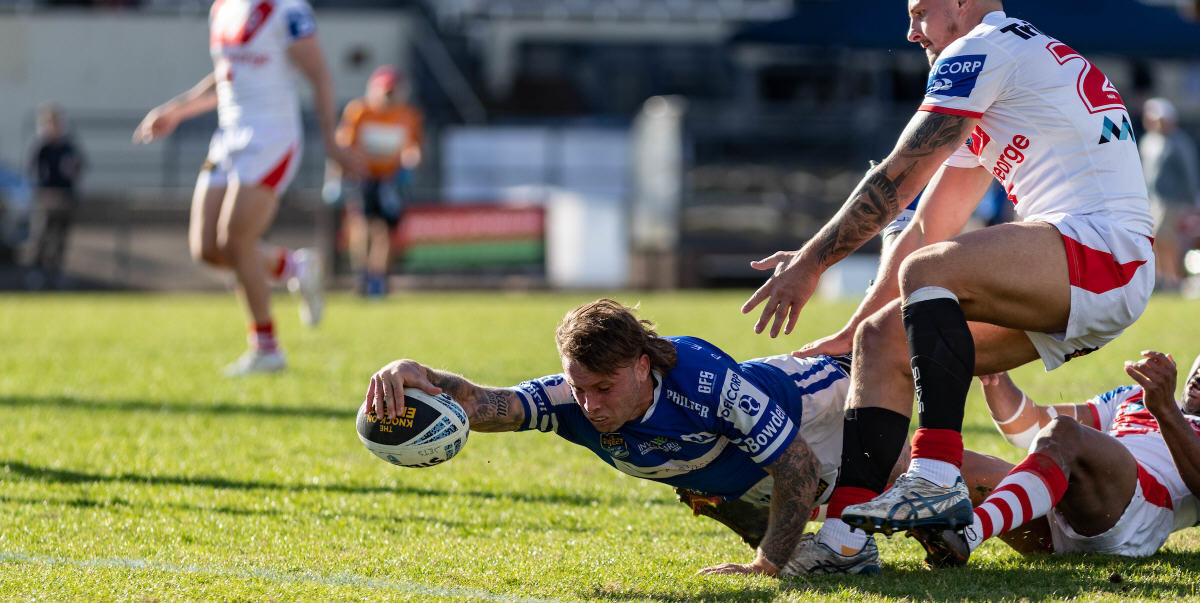 The Newtown Jets defeated St George-Illawarra 32-10 at Henson Park on Saturday, and maintained possession of the Tom Kirk Cup which is contested by the two clubs.

The Jets remain at the top of the Knock-On Effect NSW Cup competition table on 33 points, with the Penrith Panthers just one point behind on 32.

The Jets made heavy weather of this victory with a poor completion rate and undisciplined passing. Newtown’s resolute defence on their own line prevented the Dragons from making this a much closer game. The St George-Illawarra team was fighting to stay in semi-finals contention and came to Henson Park ready to play.

The Dragons trailed 16-4 at halftime and narrowed Newtown’s lead to just six points fifteen minutes into the second half. The Red and Whites didn’t get to add another point and Newtown scored three more tries to push the final winning margin out to 32-10.

Despite their tendency to turn the ball over, the Jets scored three good tries in the first half through hooker Jayden Berrell, centre Addison Demetriou and five-eighth Luke Metcalf.

Newtown’s tries in the second half were scored by second-rower Charbel Tasipale, front-rower Franklin Pele and winger Matt Ikuvalu. Newtown went into this match with a number of changes, with centre Demetriou, front-rower Kurt Dillon and hooker Berrell returning to the Jets ranks after varying lengths of absence due to injury.

As in other games in recent weeks, Newtown’s strong middle forwards had the better of their opponents, and backrowers Charbel Tasipale and Kayne Kalache both worked hard. Five-eighth Luke Metcalf was a constant threat to the Dragons defence and he scored a superb individual try in the first half. Centre Mawene Hiroti and winger Matt Ikuvalu also gave strong performances.

Newtown has a bye next weekend in Round 22 of the competition, and in Round 23 the Jets travel to 4 Pines Park (formerly known as Brookvale Oval) to play Blacktown Workers Sea Eagles on Saturday, 20th August at 3.15pm.

Newtown has a bye in Round 22 (next weekend).