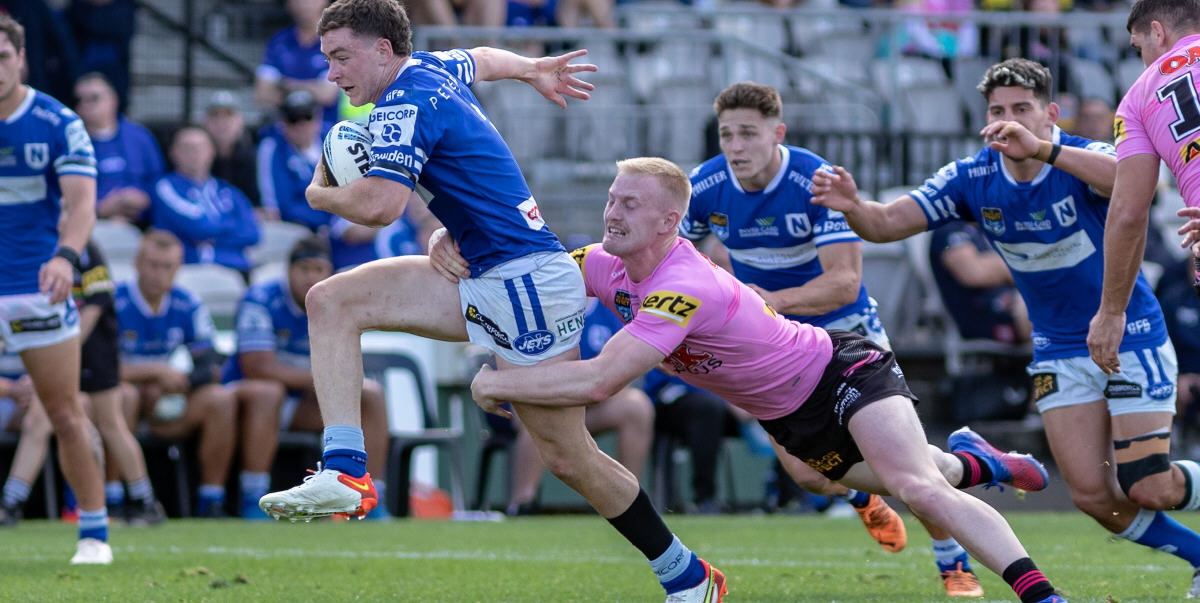 This match was played at the Netstrata Jubilee Stadium (Kogarah), with the Panthers going straight through to the Grand Final and Newtown now facing up to Canterbury-Bankstown in the Preliminary Final at Leichhardt Oval next Saturday.

Newtown went into Saturday’s match as the Minor Premiers, although Penrith had beaten the Jets in both home and away competition rounds.

The first half was a tough contest with Penrith scoring the first try in the 12th minute. Newtown had the misfortune to lose two of their best backs, winger Matt Ikuvalu and halfback Luke Metcalf, with injuries in the first half.

Jets fullback Kade Dykes stepped through the Penrith defence in the 28th minute and centre Kayal Iro scored Newtown’s second try in the 35th minute. The Panthers scored one minute before the siren to take a 14-12 lead into the halftime break.

Newtown’s worst period in the game was when the Jets conceded two more tries in the first ten minutes of the second half for Penrith to lead 24-12. This was compounded by Kade Dykes being sin-binned for a professional foul in the 47th minute.

The Jets fought back into the game at the 56th minute mark when interchange forward Vincent Rennie charged over next to the northern end posts after receiving a perfect short ball from the high-performance front-rower Thomas Hazelton.

The Panthers had the advantage in possession and field position for the remainder of the second half, as they added two penalty goals for their final winning margin of 28-18.

Both teams had high completion rates for the match but Penrith’s second-half surplus of possession, quality kicking game and their ability to make metres up the middle gave the Panthers a critical advantage.

Jets forwards Thomas Hazelton, Jesse Colquhoun, Kurt Dillon and Kayne Kalache all had strong games while Kade Dykes and Kayal Iro proved that the Penrith defensive wall was not impregnable.

Canterbury beat North Sydney 22-10 in the Elimination Semi-Final to win the right to play Newtown in the Preliminary Final on Saturday, 17th September at Leichhardt Oval at 3.10pm.

Match Timeline: –
First Half:
Penrith kicked off, running to the northern end.

Newtown winger Matt Ikuvalu was replaced in the 14th minute with a severe knee injury.