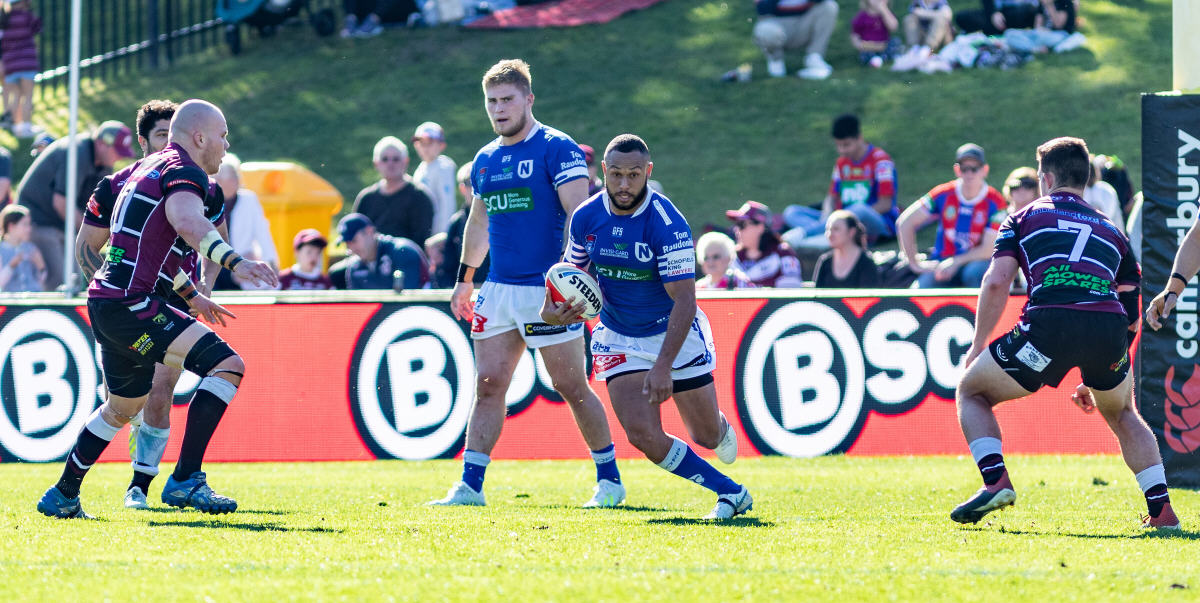 Jets pay the price for sub-standard second half

Newtown led 18-4 at halftime, and increased this lead to 20-4 early in the second half. The Jets paid heavily for a poor second half completion rate, the concession of several penalties and missed scoring chances. The Sea Eagles ran down Newtown’s lead and scored a converted try in the 77th minute to take the lead for the first time in the game.

The Jets weren’t helped by a run of injuries that left them with one replacement on the bench for most of the second half. The loss leaves Newtown in tenth place on the competition table, but still with the strong chance of securing a semi-finals place with four rounds remaining.

Newtown plays Penrith at Panthers Stadium next Friday, 9th August at 5.40pm. This match is a curtain-raiser to the Penrith Panthers-Cronulla Sharks NRL fixture.

Newtown’s team at Lottoland on Saturday was:

This match is the curtain-raiser to the Penrith Panthers-Cronulla Sharks NRL fixture at 7.55pm.