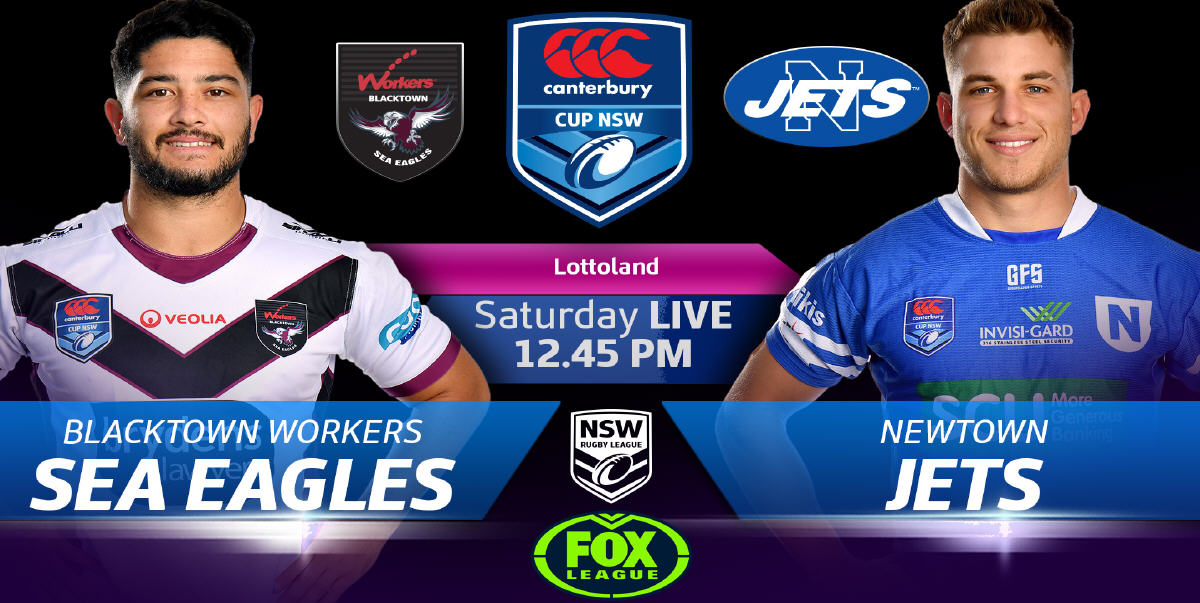 Last Saturday’s sensational upset win against the competition leaders Canterbury-Bankstown, played in front of a massive crowd at Henson Park, will count for nothing if the Jets don’t follow it up with a win against the Manly-Warringah partnership club.

Both teams are fielding several players with NRL experience, and the Blacktown Workers Canterbury Cup team has a strong record of lifting its game when the partnership club plays at Lottoland as a curtain-raiser to a NRL game.

The Sea Eagles will be fielding a gigantic forward pack and the Jets will need to bring their best form with them in this away trip to the Northern Beaches.

The Sea Eagles-Jets match is being televised live on Fox League from 12.30pm.

This Canterbury Cup NSW match is a curtain-raiser to the vital NRL 20th Round fixture between Manly-Warringah and the Newcastle Knights at 3.00pm.

Newtown’s team (as per this week’s Big League magazine):