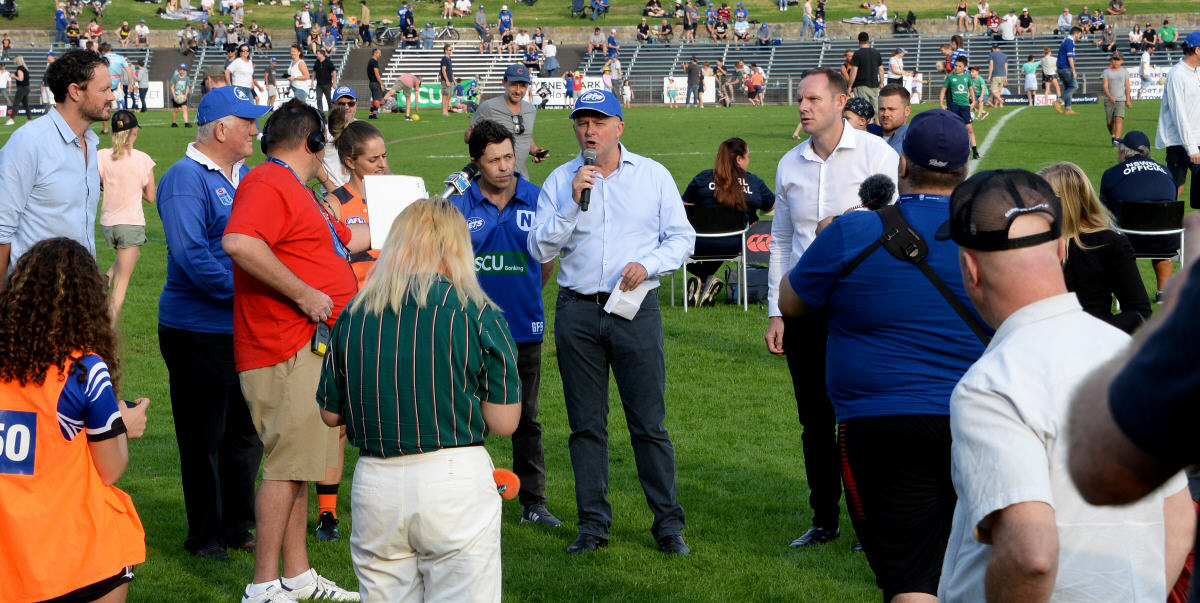 Anthony Albanese MP, the Federal Member for Grayndler, visited Henson Park on Saturday afternoon to make a major announcement regarding funding of special sports projects in the event of the election of a Shorten Labor Government.

Mr Albanese announced to the crowd at the Newtown-North Sydney Canterbury Cup match that an incoming Labor Government would invest $5 million to upgrade Henson Park, transforming it into a multi-purpose sporting facility that would host Rugby League and AFL matches.

The proposed upgrade to the home of the Newtown Jets would be part of a unique ground-sharing arrangement that would be to the benefit of both codes.

The upgrade would also provide for the upsurge of interest in women’s sport, with the project to include the construction of female change rooms. This would enable Henson Park to host the GWS women’s AFLW team, any future Sydney Swans women’s team, plus the Cronulla Sharks NRL women’s team.

Mr Albanese said that in a national sporting environment where professional sport was increasingly dominated by elite national competitions and impersonal giant stadiums, he believed strongly that iconic suburban sporting facilities like Henson Park should continue to perform a vital role for our communities.

Many of these suburban grounds have special qualities – they encourage the participation in healthy physical activity by people of all ages, and they enrich communities by bringing friends and neighbours together to support their local teams. As we all know, these qualities most certainly apply to the Newtown Jets and Henson Park.

The Jets in recent years have been successful in attracting big crowds to their home games by marketing themselves and their atmospheric home ground to people who were looking for the experience of “old school” suburban rugby league.

Mr Albanese was accompanied to Henson Park on Saturday by the Mayor of Inner West Council, Councillor Darcy Byrne. Both of these elected representatives noted that Newtown’s success in staging live rugby league alongside a vibrant, pulsating annual community festival has been virtually unique in Australian sporting circles.

Any future investment in Henson Park would focus on supporting community sporting infrastructure and would prioritise investment in facilities that would encourage greater female participation in sport, such as female-friendly change rooms.

Mr Albanese added that the $5 million commitment to the Henson Park upgrade would be in addition to the $2 million already allocated to the project by the Inner West Council, the Newtown Jets and the AFL NSW/ACT.

Councillor Byrne added that the project would be a winner all round – for the two major football codes, for female participation in sport and for the entire community of inner-western Sydney.

The plan for the revitalisation of Henson Park include: –

This information has been provided for the benefit of all members and supporters of the Newtown Rugby League Football Club.