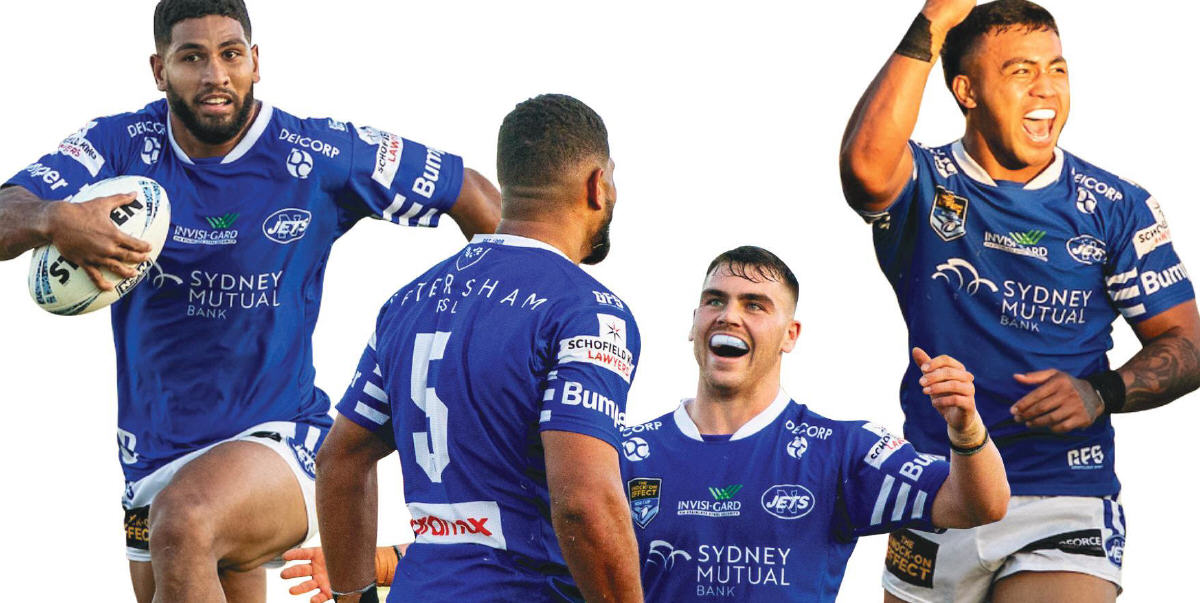 Sydney Mutual Bank, proud supporters of the Newtown Jets since 2012.

Many thanks to all of our staunch sponsors

In view of the cancellation of the remainder of the 2021 NSWRL Knock-On Effect NSW Cup season, the Newtown RLFC extends sincere thanks to all of our loyal and staunch club sponsors.

We pay special tribute on this occasion to the Sydney Mutual Bank, a financial organisation that has been sponsoring the Jets since 2012.

Livewire Newtown Jets Director and Steele Sports media impresario Alby Talarico now has a regular spot on FM radio station 1170 SEN.
In his program On Higher Ground on the 8th August, Alby gave an update on the status of the Knock-On Effect NSW Cup season, and he also presented the latest of his intriguing history segments, The Alby Files.

Here’s the link to this program: https://player.whooshkaa.com/episode?id=867048

The Crafty Pint is the industry newsletter of the Australian craft beer industry.

In its 5th August issue, the newsletter takes a look at the strong relationship that has been formed between Philter Brewery and the Newtown Jets.

The reporter Ben Hopkins mentions among other things:
“While we’ve been reporting on sporting partnerships in the craft beer world for a few years, it seems like now more than ever craft beer has really infiltrated the sporting experience, with a greater number of fans, and even players, saying: “I want something better than this, so give me something better than this.

Perhaps no venue better personifies this shift than Henson Park, home to the Newtown Jets. The Jets, established in 1908 as a foundation club of the New South Wales Rugby Football League, and a current member of the NSW Cup, have long been associated with craft beer, first partnering with Young Henrys in 2016 before joining forces with Philter in 2020.

Being connected to the iconic club is not something Stef Constantoulas, Philter co-founder and lifelong fan of the Newtown Jets, takes lightly.
Speaking with The Crafty Pint, the brewery co-founder says it still gives him chills to see punters drinking cans of Philter on the hill at Henson Park.

As a fan, it’s a dream come true,” he says. “Being associated with the Jets has been amazing, mainly because we’re creating a community connection with them and their fans.”

Here’s the link to the entire article:  https://craftypint.com/news/2725/in-league-with-local-brewers

And don’t forget this fantastic offer from Philter Brewery to all Newtown Jets fans:
Philter Brewery’s Henson Park Draught, launched back in early June, is proving to be a popular choice with beer drinkers.
What about this amazing special for yourself, or one that you can send to faraway friends?
Philter Brewery is selling the Jets Super Fan Pack – a case of Henson Park Draught plus a classic Newtown Jets t-shirt for $99.00.
The current lockdown might mean you can’t get down to Henson Park for home games, but you can still support the mighty Newtown Jets from your own home.
Every Jets Super Fan Pack sold means $ for the club!

Use this link so you can take advantage of this fabulous offer: https://www.philterbrewing.com/buy-beer/p/jets-super-fan-pack?ss_source=igshop&ss_product_id=60eff787423b562616ca14dd

Here’s a reminder of the terrific Father’s Day Newtown Jets merchandise specials – your choice of Tom Raudonikis t-shirts at $26.50 each, and/or the superb Newtown Jets Crew Jumper and cap package for $85.00.
These Father’s Day specials are available online: www.newtownjetsclothing.com.au