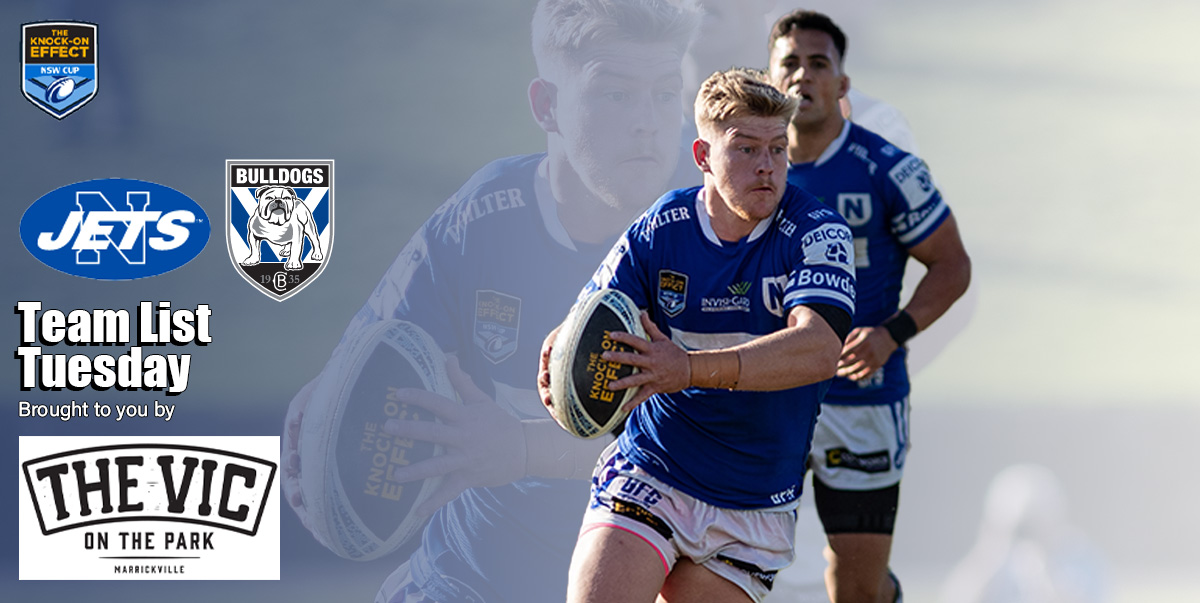 This week’s Tuesday Team List is brought to you by Vic On The Park.

Newtown finishes the regular season at Henson Park this Saturday against third-placed Canterbury-Bankstown on the Jets’ annual Reunion Day. A win will see them secure their first Minor Premiership since returning to this level of Rugby League in 2000. Any other result will relegate the Men All Dressed In Blue to second given Penrith Panthers have a bye and superior points for and against. Suffice to say this game is going to be an absolute blockbuster! Be sure to get there early to watch Newtown Physical Disability RLA take on The Rest PDRLA from 1.30pm.

There will be plenty of fun to be had on the DEICORP Family Hill with FREE jumping castles, face painting & pass the ball to keep the kids entertained. Ice Cream Joe’s Mr Whippy & Barista will be in attendance, next to the Main Canteen whilst Philter’s Henson Park Draught, XPA and other tasty brews are available for all the Mums, Dads and over 18s.

Australian Mutual Bank’s Best Seats on the Hill is on again in 2022 and they could be yours this Saturday. For your chance to win FREE entry for 4 people plus food and drinks click on the link and enter your details https://forms.sharedservices.com.au/form.php?c=146&f=345

After the game, the Jets invite members, supporters and friends to Vic On The Park from 5.45pm to mingle with players and coaching staff and hopefully celebrate a victory & Minor Premiership. Vic On The Park is located at 2 Addison Road, Marrickville.