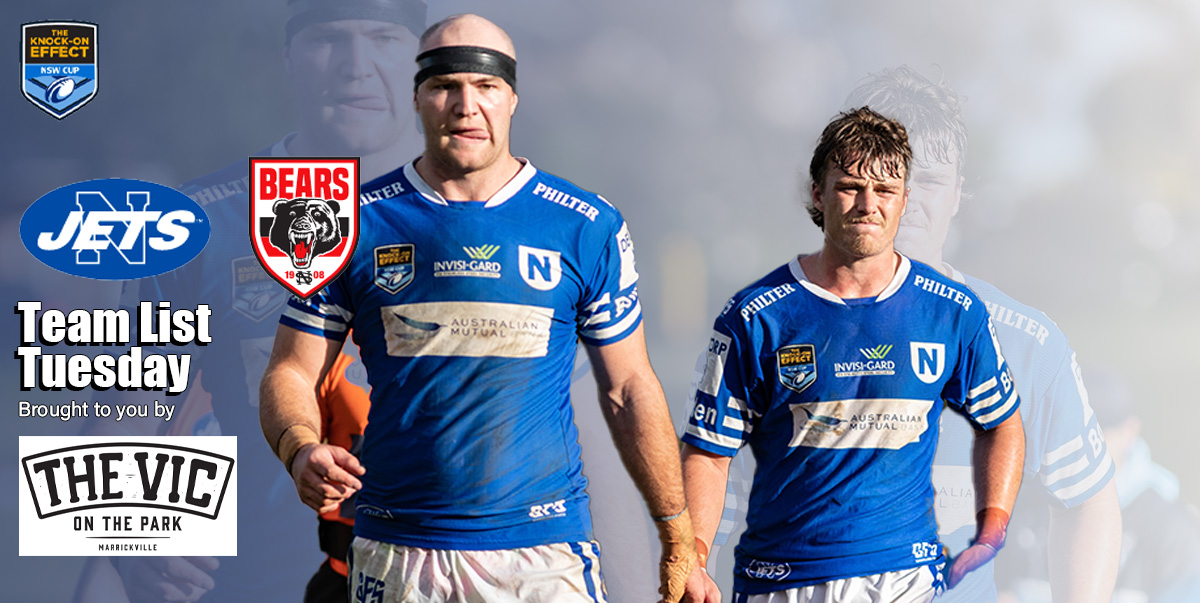 This week’s Tuesday Team List is brought to you by Vic on the Park.

The Jets are back at Henson this Saturday at the traditional kick off time of 3pm when they do battle with fellow foundation club North Sydney Bears as part of NSWRL’s Licensed Clubs Round. The Frank Hyde Shield is up for grabs with Newtown prevailing 40-28 in game one at Bear Park. It’s 1st versus 4th in what should be another absorbing encounter between these two great clubs. At 12.30pm 3rd placed Glebe Dirty Reds take on 2nd placed St Marys Saints in the Ron Massey Cup.

There will be plenty of fun to be had on the DEICORP Family Hill with FREE jumping castles (weather permitting) & face painting to keep the kids entertained. Ice Cream Joe’s Mr Whippy & Barista will be in attendance, next to the Main Canteen whilst Philter’s Henson Park Draught, XPA and other tasty brews are available for all the Mums, Dads and over 18s.

Australian Mutual Bank’s Best Seats on the Hill are on again in 2022 and they could be yours this Sunday. For your chance to win FREE entry for 4 people plus food and drinks click on the link and enter your details https://forms.sharedservices.com.au/form.php?c=146&f=345

After the game, the Jets invite members, supporters and friends to Vic on the Park from 5.30pm to mingle with players and coaching staff and hopefully celebrate a victory. Vic on the Park is located at 2 Addison Road, Marrickville.