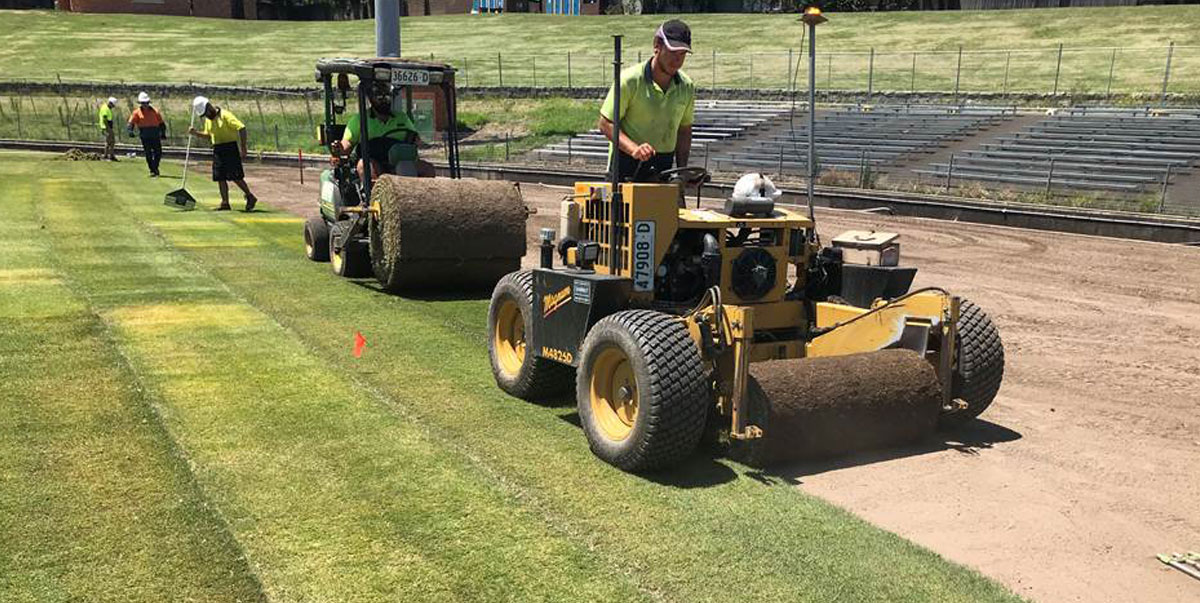 The re-turfing of the Henson Park playing surface has now been completed. Photo: Inner West Council.

The Inner West Council advises that the re-turfing of Henson Park is now complete.
Advice has been received from the Inner West Council that the major resurfacing works at Henson Park have now been completed. In the next few weeks the Newtown Jets will still be at training locations other than Henson Park, including Mahoney Reserve (South Marrickville) and Leichhardt Oval, the famed home ground of the Balmain Tigers.

Greg Matterson keeps on keeping on…

Greg Matterson heads into his fourteenth consecutive season as Newtown’s NSW Cup coach. This is a quite remarkable tenure for coaching appointments at the second-tier level, or at any level of senior rugby league football for that matter. He actually began his coaching career with Newtown in 2005, when he coached the Jets’ Jim Beam Cup team (now known as the Ron Massey Cup) in 2005 and 2006. In 2007 he was Newtown’s NSW Cup assistant coach, then moved into the NSW Cup head coaching position in Newtown’s Centenary year of 2008. The length of Greg’s coaching appointment is quite unparalleled in Newtown’s club history, and we wish him well for another successful season in 2021.

He has a few years to make up if he is to overtake the coaching record of wily old Jock McHale in the Victorian Football League competition, who coached Collingwood’s first grade team in the VFL from 1912 to 1949!

Here are the highlights from last Saturday evening’s NSW Cup trial between Penrith and Newtown played at the St Marys Leagues Stadium.