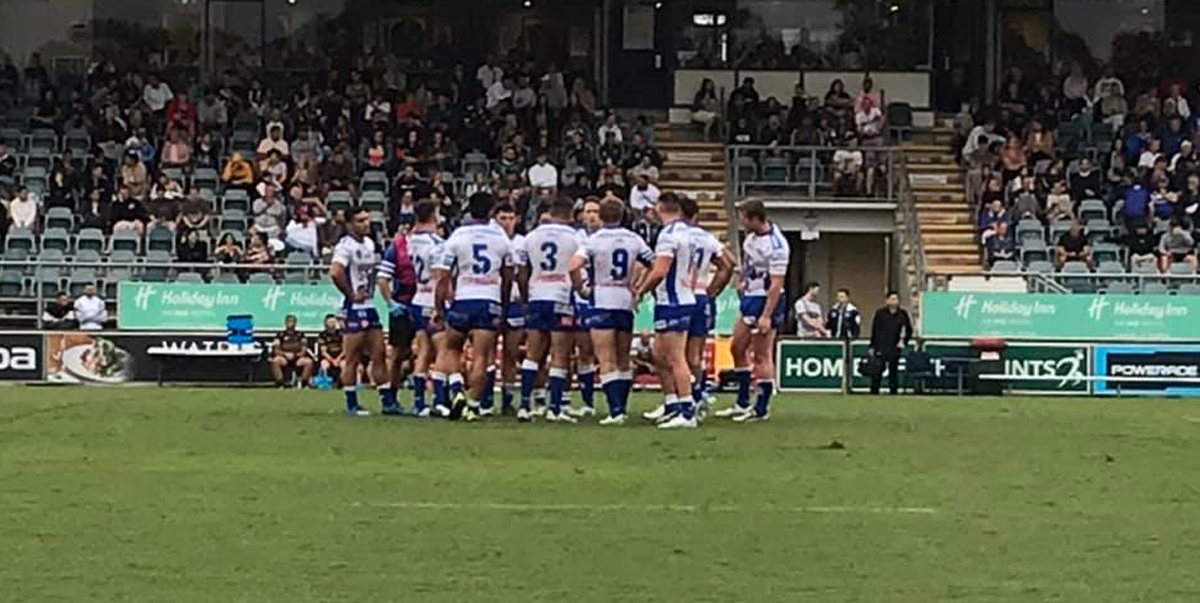 The Newtown Jets in an on-field conference during the trial match against Penrith at the St Marys Leagues Stadium on Saturday, 13th February 2021. Photo: Kim Fuller

The Newtown Jets returned to the rugby league field for the first time in eleven months, when they played Penrith in a Canterbury Cup trial match at St Marys Leagues Stadium on Saturday evening.

Light rain fell throughout much of the game but despite the slippery conditions, this was a good standard rugby league trial match that enabled head coach Greg Matterson to get a good look at his prospective players. This trial was played in two forty-minute halves, with breaks at the twenty-minute mark in each half.

Both teams defended well on their own lines and tries were at a premium. Penrith scored an unconverted try in the 18th minute, but Newtown led 6-4 at the half-time break. Second-rower Bronson Garlick crashed over in the 35th minute and halfback Wyndham Peachey added the extras. Both the Jets and Panthers team management made extensive changes to their playing line-ups at half-time.

Newtown extended their lead when big prop Caleb Uele scored early in the second half and livewire fullback Honeti Tuha landed the conversion.

Penrith forced their way back into the game with a converted try in the 59th minute, but second-rower D’Rhys Miller put the Jets in a strong position when he ran onto a clever short kick and scored under the southern end goal posts, eight minutes out from full-time. Honeti Tuha’s conversion completed the scoring, with Newtown winning this very useful trial match by 18-10.