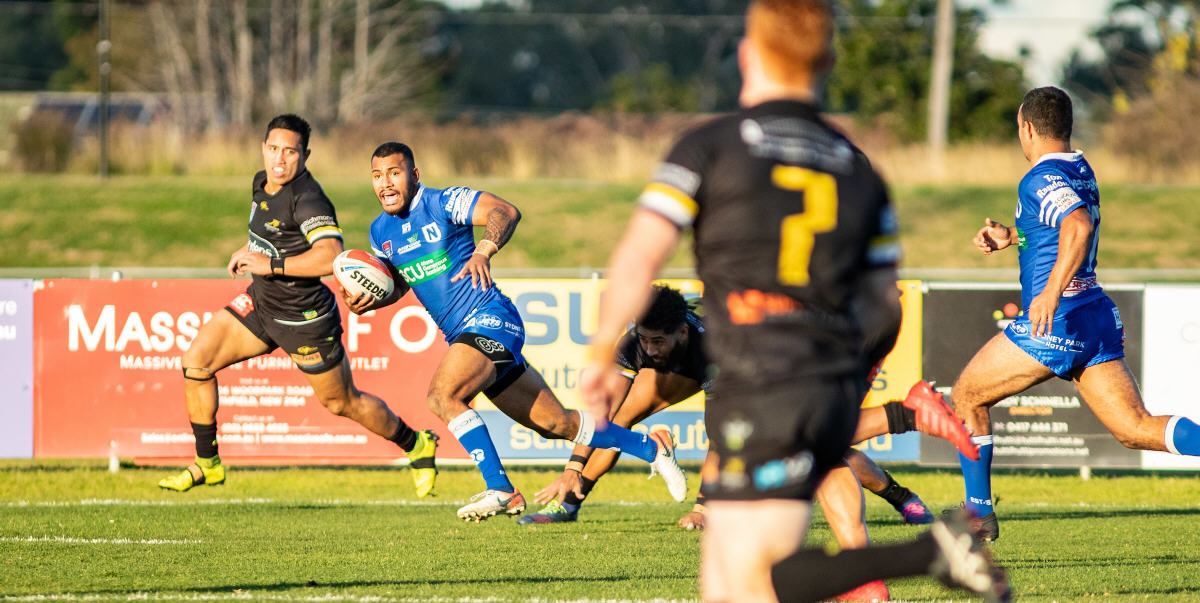 Newtown Jets winger Sione Katoa on his way to a superb try scored early in the second half against Mounties at Aubrey Keech Reserve on Saturday, 15th June 2019. Photo: Mario Facchini, mafphotography

The Newtown RLFC was well represented in the 2013 and 2017 Rugby League World Cup by players who had either previously played with the Newtown Jets or who were still on the club’s books.

The players’ names in this weekend’s round of international rugby league matches and State of Origin II make for interesting reading, with respect to Newtown’s continued ability to play a major role in player development.

This match is the curtain-raiser to the Canterbury Bulldogs v Cronulla Sharks NRL fixture at ANZ Stadium at 4.05pm.