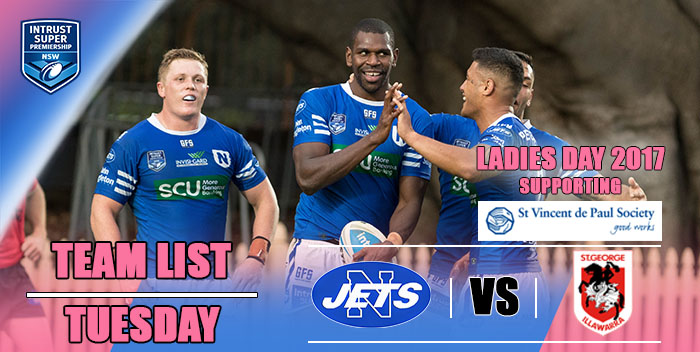 Newtown Jets has named its team for the Intrust Super Premiership NSW Round 11 clash versus Illawarra being played at Henson Park, Saturday 20th May, 3pm kick-off.

The Newtown Jets return to Henson Park on Saturday, 20th May for an all important Intrust Super Premiership clash with Illawarra. The Tom Kirk Cup is up for grabs along with two vital competition points at 3.00pm on the Jets’ annual LADIES DAY promotion. This is the occasion when the Jets pay tribute to the enormous role played by women in so many aspects of the modern Rugby League game. The match will be preceded by a Harvey Norman Women’s Premiership clash at 1pm.