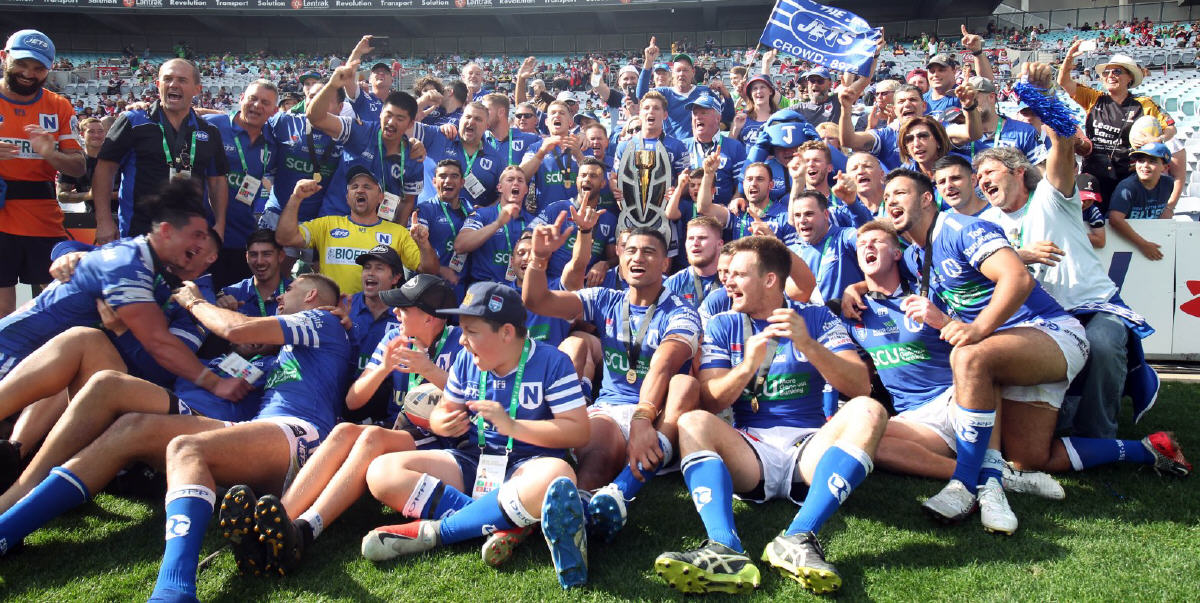 Chris Lane’s panoramic shot of ANZ Stadium after fulltime on the 6th October captures the unbridled elation of the Newtown Jets after their astounding last-minute victory.

Freelance photographer and writer Chris Lane produced a selection of photos that gives a slightly different perspective to the events of the 6th October 2019.
The link to Chris’s top-class blog is: https://chasinglight.photo.blog/tag/nrl/

(This Newtown RLFC match report below was written on the 8th October 2019).

Jets claim national title with a sensational try in the game’s final seconds.

Bedlam ensued as the full-time siren sounded, with Jets fans roaring in triumph and Burleigh Bears supporters left reeling in a world of dystopian torment.