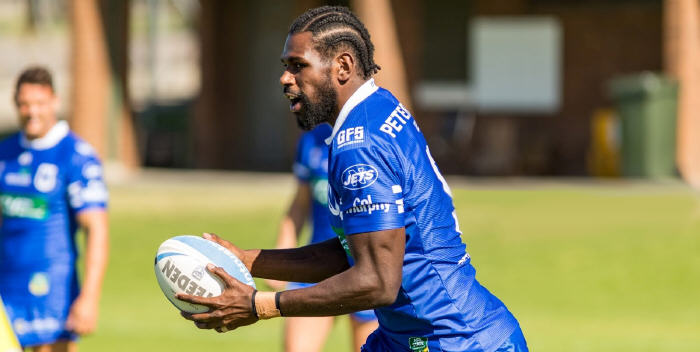 Round Two is a good time to start winning

Both teams playing this Thursday evening (15th March) are coming off narrow defeats last weekend. The Newtown Jets lost 25-24 to the Wyong Roos and the Dragons went down 22-20 to Mounties. The Dragons now play under the St George Illawarra name after having played in 2017 as Illawarra RLFC. This match is technically a Dragons home game but they have opted to play as the main curtain-raiser to the Cronulla Sharks-Dragons NRL local derby on Thursday night.

Coaches Greg Matterson (Jets) and Mat Head (Dragons) will be looking for their teams to win their first games of the 2018 season.

Briton Nikora makes his debut for Newtown after an impressive trial match performance against Western Suburbs on the 24th February. Briton is a second-rower who weighs 95 kg and is 185 cm tall. He is originally from Mount Maunganui in the Bay of Plenty region of New Zealand, and is a product of the Parkwood Saints (Qld) junior club. He played with the Cronulla Sharks NYC (under 20’s) team in 2016 and 2017, and he represented the Junior Kiwis in 2017. Malakai Houma who played last Saturday is injured.

The Newtown RLFC regrets to announce the recent passing of long-time supporter Joe Riley. Joe lived in Swansea in his retirement and had been a regular at Henson Park home games for many years. The club extends sincere condolences to his grand-daughter Leeanne Riley and her family.

There’s still time to either renew your Newtown Jets membership package or to join the membership base of the nation’s oldest rugby league club. You can find out how to renew or join and take a look at the fine array of membership packages that are available by going to this link:  http://www.newtownjets.com/jets-membership-2018/